"American Idol" tough guy Simon Cowell is on the market and has moved into a multi-million-dollar bachelor pad! Simon gives "Extra" a special look at his Beverly Hills estates. He says, "I don't do tours. I invite people over for a drink." 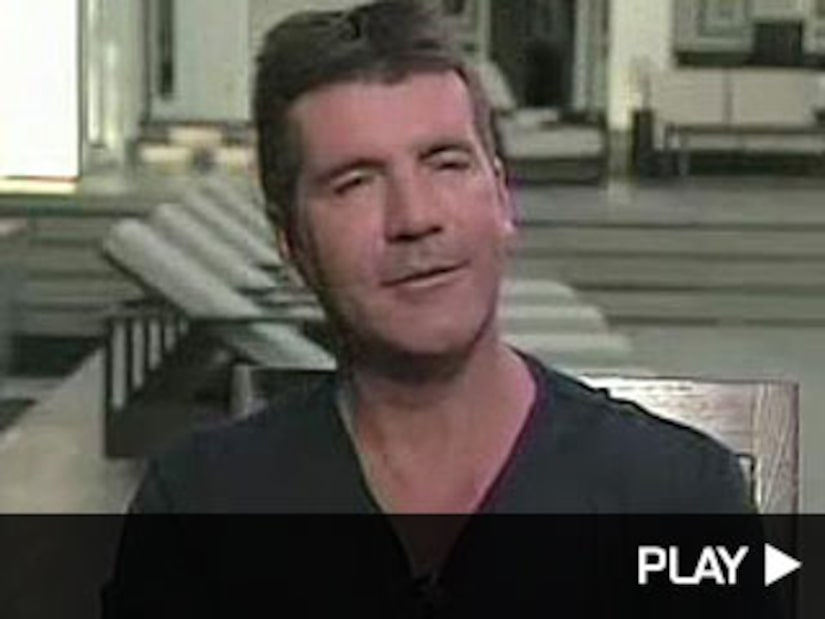 Cowell's hallways are lined with photographs of greats like Frank Sinatra and Natalie Wood and his garage is full of luxury cars. The "Idol" judge loves his new home, but Ryan Seacrest is a little bitter! During Ryan's first visit Simon says he looked like "he'd sucked on a lemon." Cowell adds, "Then he wouldn't go home that night. Checked into a hotel."

The 49-year-old won't reveal if he's planning to say goodbye to one of his many projects. Cowell is famous in the U.S. for "American Idol," but he also works on "X Factor" and "Britain's Got Talent." He confesses, "Something's got to go. Can't do it all this traveling all year long. It's impossible. And doing everything else. One will have to go at some point."