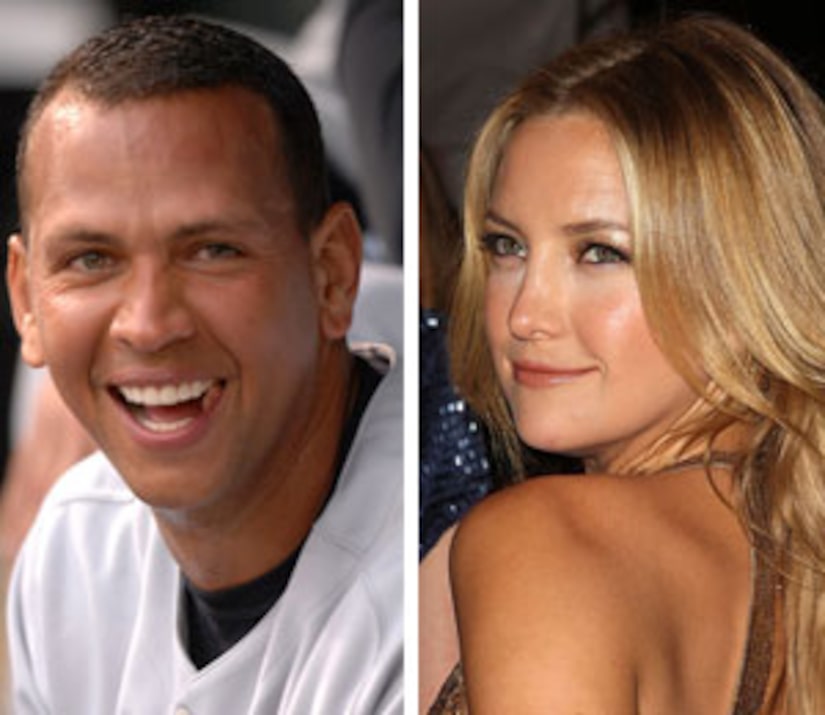 Alex Rodriguez has a thing for Hollywood blondes! Rumor has it the slugger has been cozying up to starlet Kate Hudson -- but is it true?

The NY Post says this bit of Yankee-panky is true! According to the paper, Kate cheered for the Yankees during a game on Friday. Afterward, the "Bride Wars" star celebrated at Mustang Grill -- where she reportedly locked lips with the baseball star all night!

A-Rod's rep had no comment on the story. The Bronx bomber, 33, and his ex Cynthia split up last year after rumors circulated he was seeing Madonna. Kate, 30, divorced Chris Robinson in 2006, and was recently linked to Owen Wilson and briefly with cyclist Lance Armstrong.