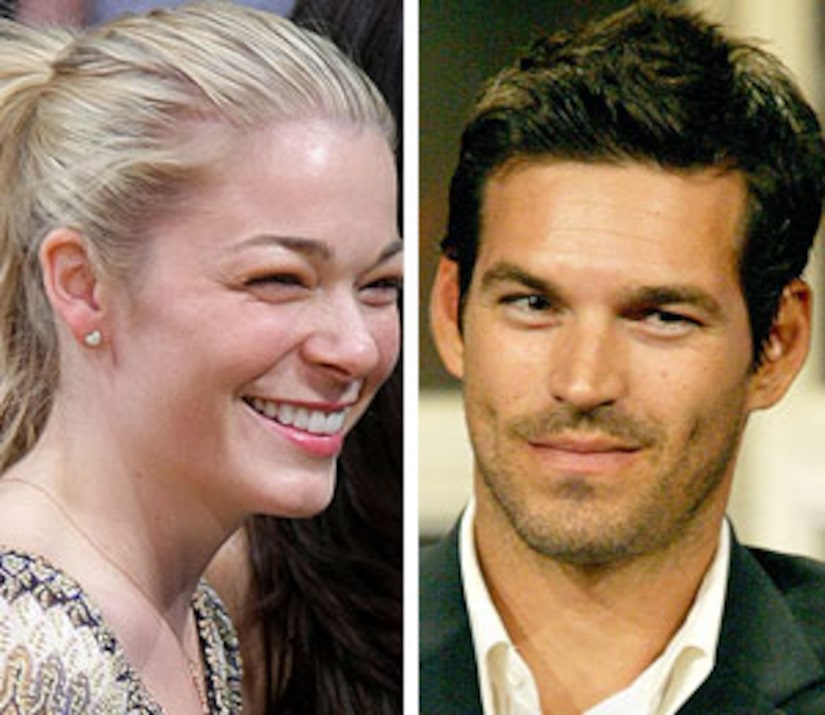 Is it true that LeAnn Rimes and alleged lover Eddie Cibrian met up at the Lakers game yesterday?

Those pix don't lie -- this rumor is true! TMZ managed to grab a snapshot of the "Northern Lights" co-stars meeting up during halftime at the Staples Center on Sunday. "Well I can't tell you if this was purely coincidental or planned," TMZ's Harvey Levin tells "Extra," adding, "but they were both texting and then suddenly they end up at the bar together...just kind of interesting."

Rimes and Cibrian were accused of having an affair after meeting on the set of their Lifetime film, "Northern Lights." They both denied the story.