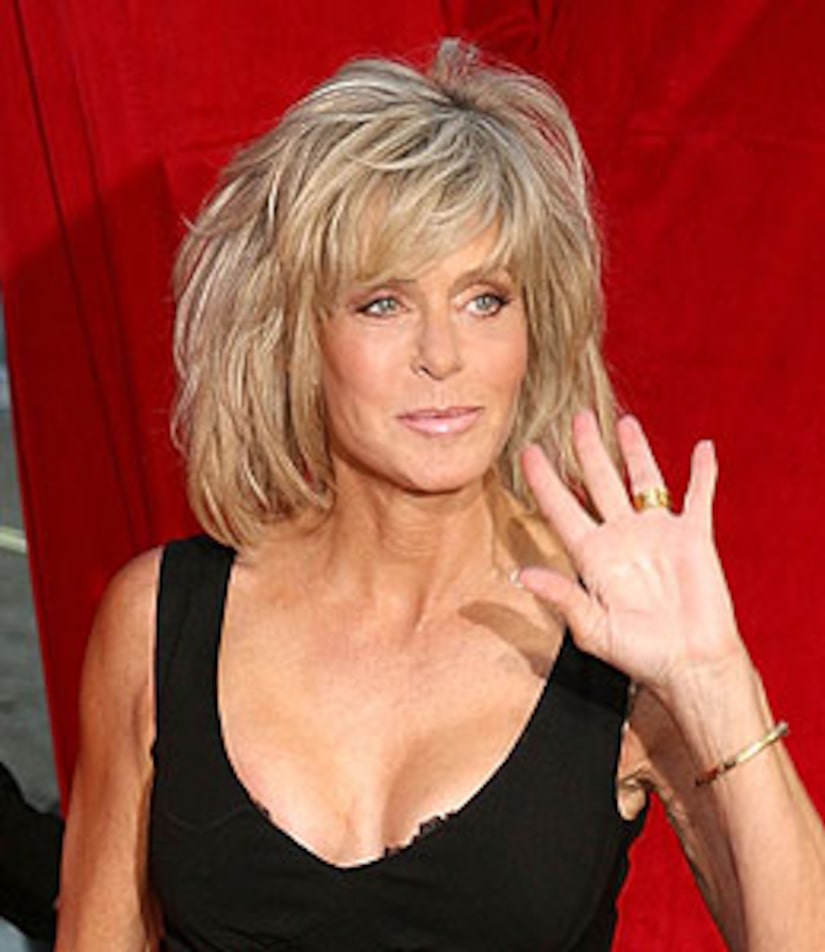 Farrah Fawcett opted to watch the screening of her documentary "Farrah's Story" at home with Ryan O'Neal and Alana Stewart, who revealed that the cancer-stricken "Angel" loved the film.

The documentary's success is shadowed by the controversy surrounding the making of the film, as a lawsuit was filed by Farrah's confidante Craig Nevius, who claims that he was shut out of the project after working with Fawcett for 2 and a half years. "My job was to execute her vision," he explains.

Farrah's vision, he claims, did not include shackled son Redmond O'Neal paying a visit to his ailing mother. He also says that while Farrah didn't object to appearances by her fellow "Charlie's Angels," she wanted the focus of the film to be the medical plight of millions told in her words. "She was willing to give up a lot of privacy in order to help people and show alternative medicines offered in other countries."

The lawsuit was filed against Ryan O'Neal and Stewart, who says she's puzzled by the legal action. "I don't quite understand it," she said on "Today." Ryan confirmed that Farrah's full story hasn't been told yet -- and that her team is working on a second installment of her courageous battle.