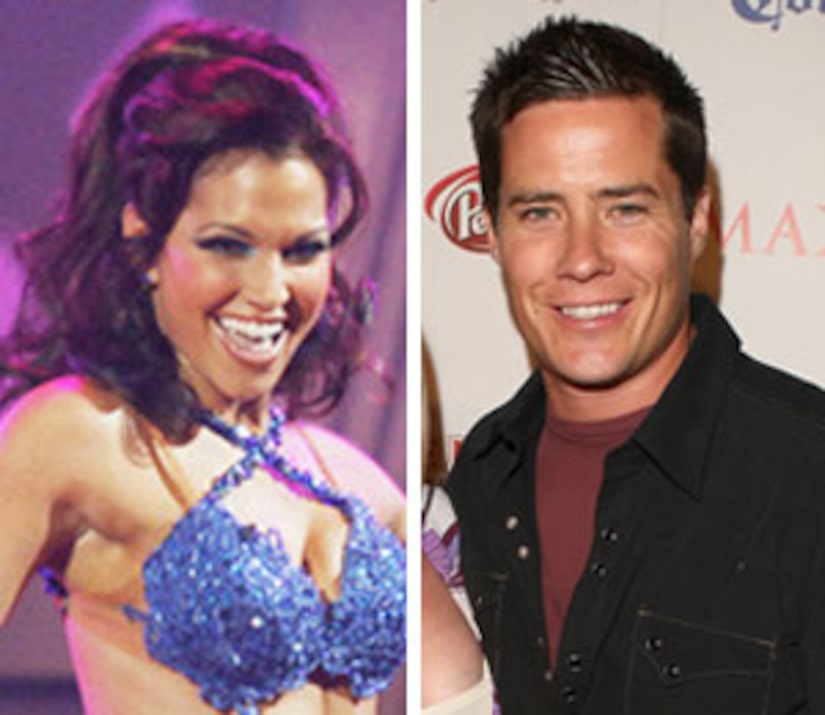 After being dumped on national TV, former "Bachelor" star Melissa Rycroft has shimmed her way to the "Dancing with the Stars" finals and even made the cut on Maxim's Hot 100 List.

Former "Bachelor" Andrew Firestone has noticed the beauty's success and says, "Talk about sweet revenge for her!"

The new dad tells Usmagazine.com that he doesn't know if Jason Mesnick and girlfriend Molly Malaney will last, but he says, "it has to be difficult for them to watch Melissa and all her success!"

Mesnick dumped Rycroft for Malaney during "The Bachelor" after show special.