A legal war is being waged behind the scenes of Farrah's NBC documentary as Farrah's friend Craig Nevius is now suing Ryan O'Neal and Alana Stewart. See the court docs here. 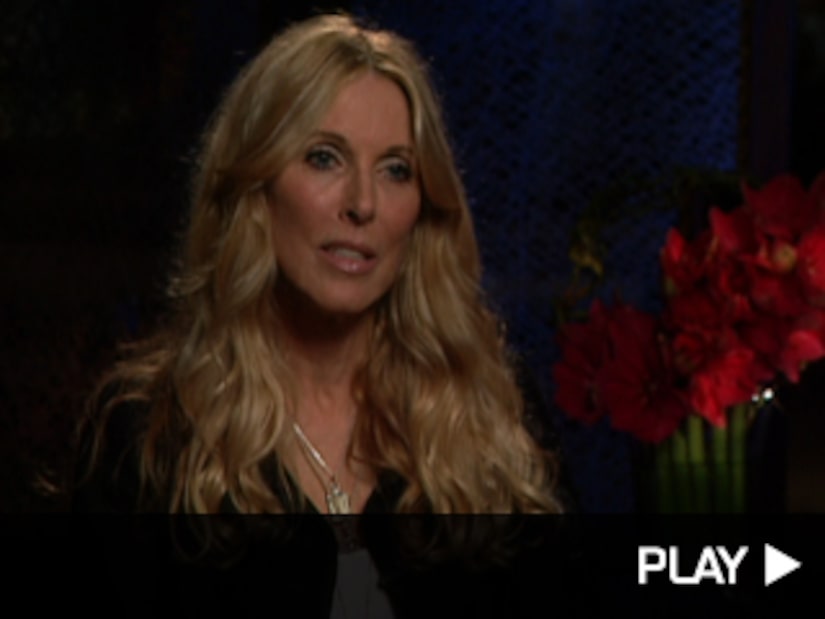 Nevius -- who produced "Chasing Farrah" and chronicled Fawcett's two-and-a-half year battle with cancer -- claims that O'Neal and Stewart conspired with one another to cut him out of Farrah's documentary project. Craig also claims that Ryan physically threatened him! It seems that Nevius, who conceived the project with Farrah, may feel the final cut is not what she wanted.

Alana didn't talk to "Extra" about the lawsuit, but she did say that her friend Farrah is still fighting. "She's got an amazing spirit." Alana also reveals that a visit from Farrah's jailed son Redmond lifted her spirits. "She was just thrilled to see him and he was so happy to see his mother... He said that he promised her he'd never use drugs again."

Stewart also opened up about the documentary "Farrah's Story," which is airing Friday on NBC. "I think she feels this documentary is her way of giving back. Her way of helping people who are having their own struggle with cancer." She added, "I believe she'll be very proud of it. We're going to watch it together on Friday night." Farrah's loved ones attended a screening of the film last night -- where O'Neal said that the special is tough to watch. "Broke my heart," Ryan told "Extra," adding, "I can only watch it a little at a time."

O'Neal's spokesperson also released a statement to "Extra" today regarding the allegations against the actor. "Ryan is shocked by the allegations...This has been a very difficult time for Ryan O'Neal and Farrah's family and friends."