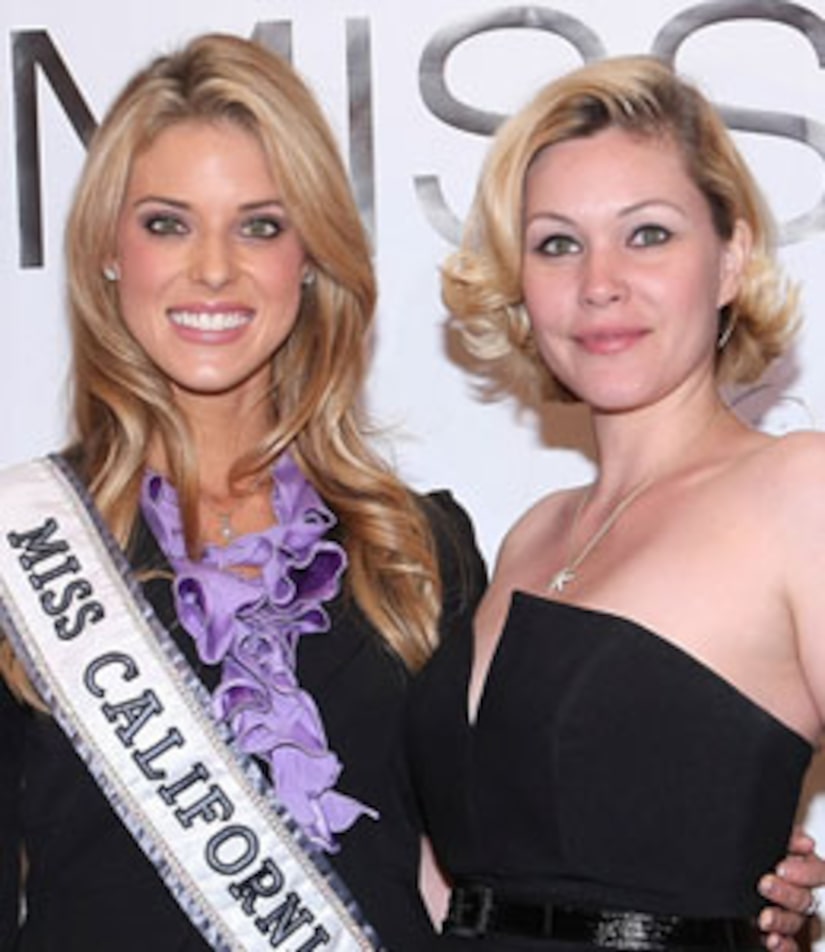 Former beauty queen Shanna Moakler has resigned as executive director of Miss California USA because she "no longer believes" in the organization.

"Since the press conference yesterday, I had a chance to think about what has taken place, and I feel that at this time it is in my best interest to resign from the Miss California USA organization," Shanna tells "Extra."

She continues, "I can not with a clear conscious move forward supporting and promoting the Miss Universe Organization when I no longer believe in it, or the contracts I signed committing myself as a youth. I want to be a role model for young woman with high hopes of pageantry, but now feel it more important to be a role model for my children. I am sorry and hope I have not let any young supporters down but wish them the best of luck in fulfilling their dreams."

Miss California Carrie Prejean sparked controversy when she said during the Miss USA pageant that she believed marriage was between a man and a woman. Later, she was reportedly in talks to lead a campaign opposing gay marriage.

After the controversial remarks, Moakler announced that she would appear in an ad that supported gay rights, and at the end of April filmed a campaign slamming Prop 8.

On Monday, Shanna announced that the organization was investigating whether or not Carrie had violated her contract by posing for semi-nude pictures. "The fact that she ended the pageant and admitted it after the fact" reveals that Prejean "entered the contest under false pretense."

Moakler also slammed the beauty queen for recording "telemarketing" phone calls for the National Organization for Marriage, and added, "Carrie has been unavailable to us... because of her commitment to outside organizations."

Shanna was named Miss New York USA and went on to become Miss USA in 1995.