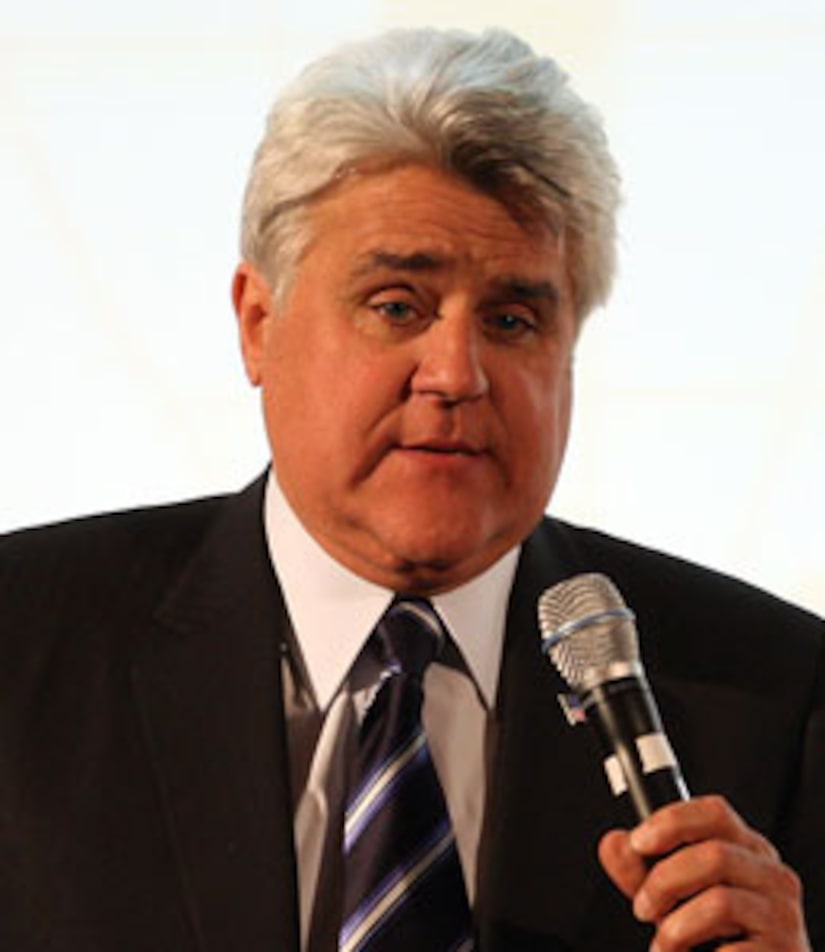 Did a priest read Jay Leno his last rites during his hospitalization in April?

Reports of those rites are wrong! Leno, 59, was "feeling discomfort" and visited the hospital as a precaution. On Wednesday's "Ellen," Jay says he was visited by someone impersonating a priest -- and the guy ran off!

After the incident, NBC brought in bodyguards for the late night host.