People magazine's newest cover story reveals Kate and husband Jon Gosselin have been struggling for months -- and Us Weekly reports the reality TV mom might be getting close to her bodyguard. 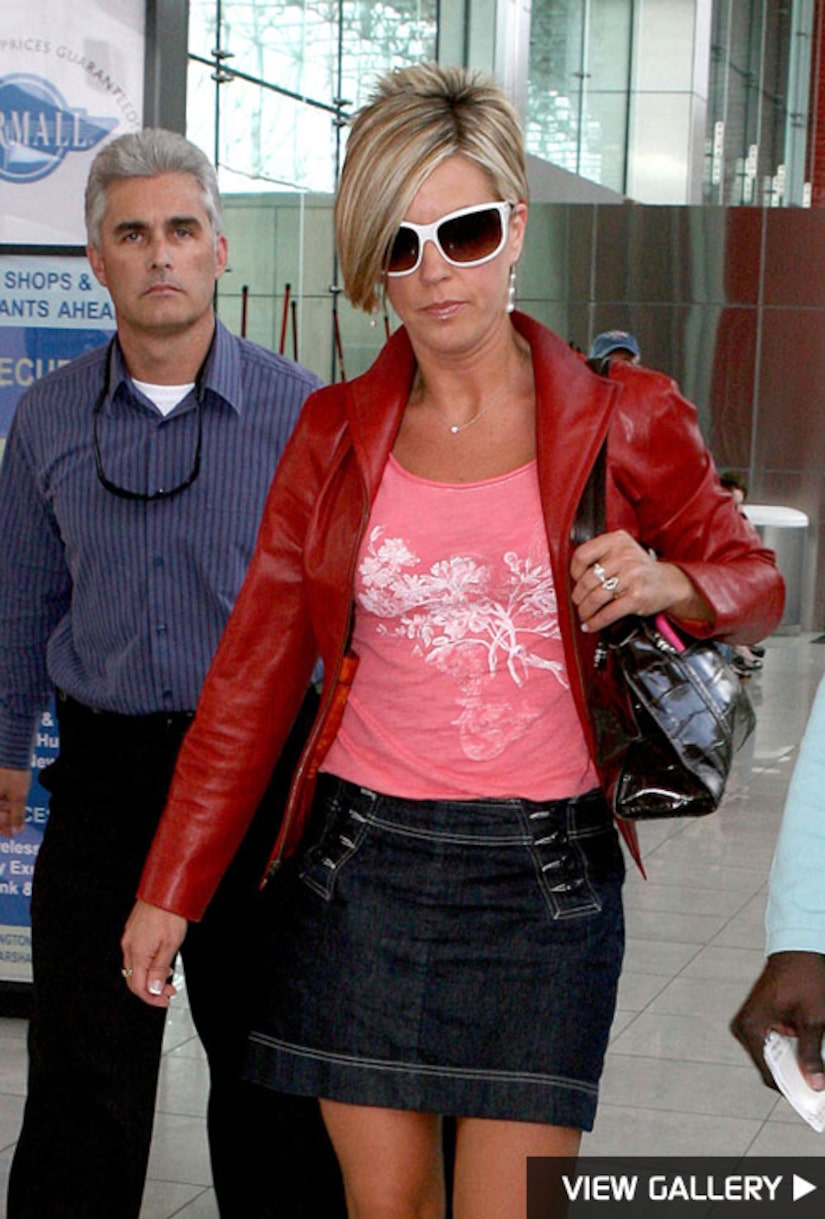 The 34-year-old "Jon & Kate Plus 8" starlet tells People these past few weeks and the media scrutiny have been "hell." She says, "I don't know that we're in the same place anymore, that we want the same thing," she says quietly. "I've been struggling with the question of 'Who is this person?' for a while. I remember where I was the first time I heard her (Deanna's) name. It's one of those things where you can try to make it go away, but there's blaring, red flashing lights."

Kate is referring to 23-year-old Deanna Hummel, who is allegedly having an affair with Jon. She adds, "Jon has a lot of anger. I have a lot of anger too, and sadness. But I have to keep it in check, for the sake of our kids."

The new issue of Us Weekly reports Kate has grown close to her bodyguard Steve Neild (above) -- and Jon has noticed. A family source tells the mag Jon threatened to hire a private investigator.

Neild's wife Gina tells Us Weekly an affair between Kate and her husband is "ridiculous."

Kate's concern raises the question of whether she should pull her family off of TV -- what do you think? Vote now!