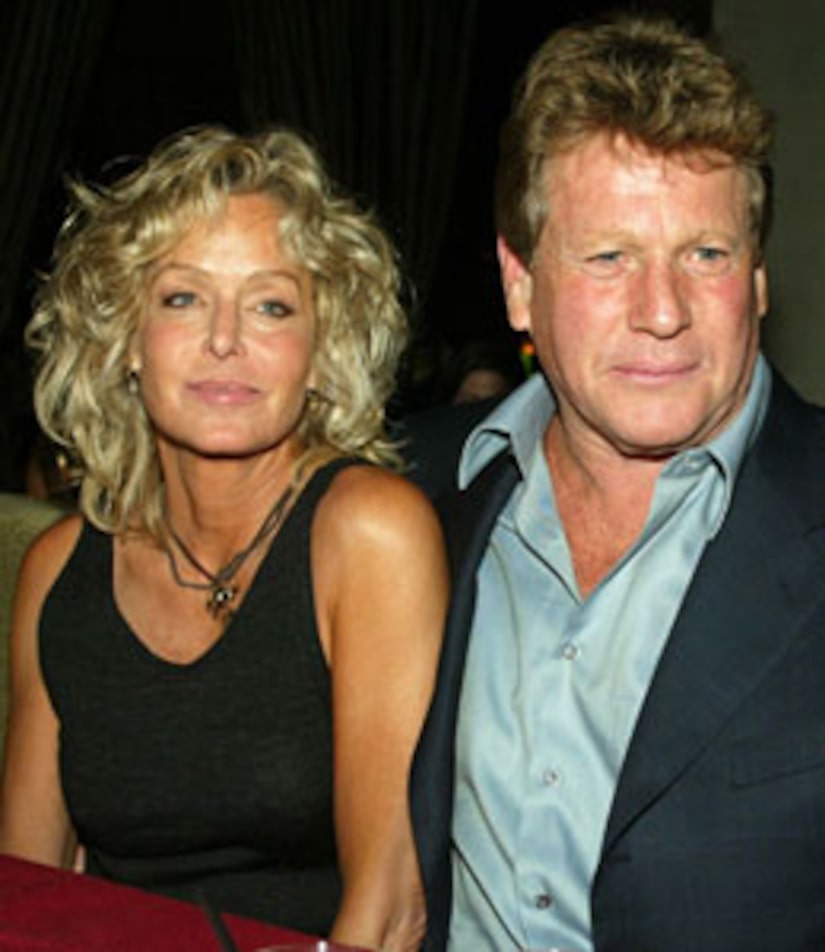 O'Neal tells the "Today Show," "In the last two years I've loved her more than I ever loved her. I don't know what I'll do without her."

The actor also shared the heartbreaking reality that the couple's jailed son Redmond's visit with Farrah may have been his last. Ryan confesses, "He has a long ride ahead of him before they set him free... and I don't think his mother will be here when he gets out." The 68-year-old continues, "I said to him live your life... as a tribute to your mother." The 24-year-old is currently being held in jail on drug charges.

O'Neal also told "Today," "She asked me once, 'Am I going to make it?'" He replied, "I said, 'Yeah sure, and if you don't I'll go with you.'" Fawcett then told O'Neal to stop taking the medicine for his Leukemia.

"Extra" has heard the 62-year-old Fawcett may be responding to radical new treatment.