Sam Lutfi, the former "manager" of Britney Spears at the time of her very public breakdown, was hit with a three-year restraining order last month -- and the pop princess' legal counsel has his sights set on his bank account now! 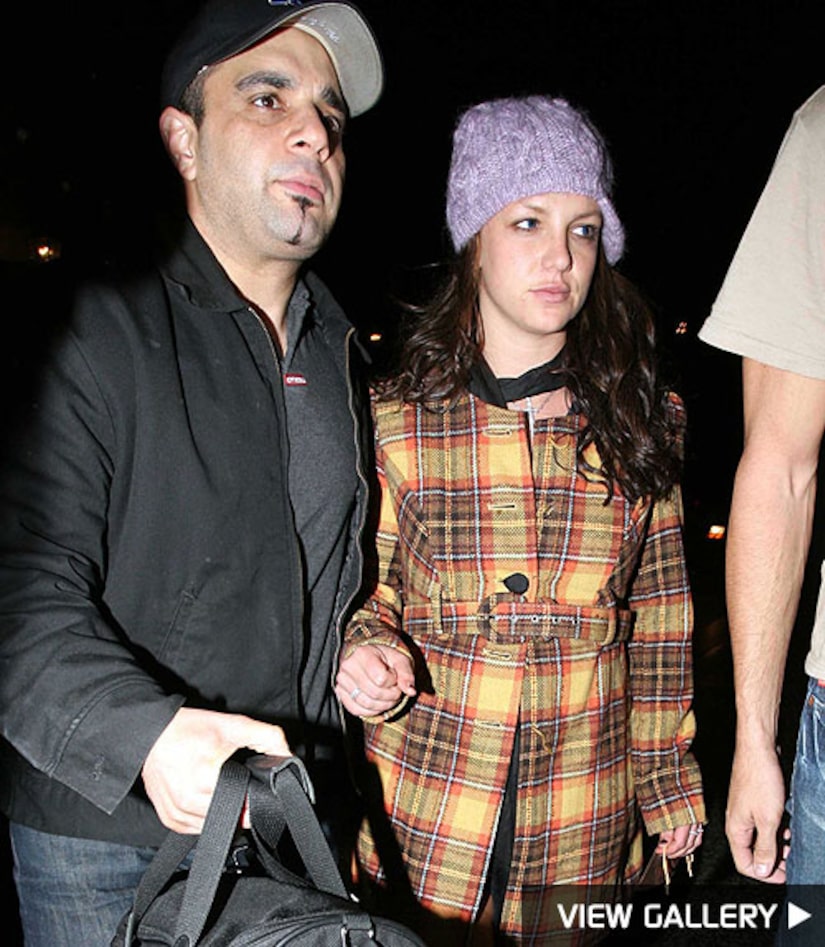 According to People magazine, Britney's lawyers have asked a Los Angeles court to order Lutfi to pay $123, 142 to cover the "Circus" singer's legal fees for her courtroom struggle to get the restraining order against Sam.

Spears' legal team has also asked for $129,922 from lawyer Jon Eardley, who challenged Jamie Spears' conservatorship over his daughter, and $72, 292 from her paparazzo ex-beau Adnan Ghalib. Both men were also ordered to stay away from the singer.

The L.A. judge has yet to make a decision regarding the financial request.