Rees is furious that Prejean gets to keep her crown, despite Prejean's having racy pix posing topless leaked to the press. "An accurate word to describe me is irate," Rees told "Extra."

In 2006, Katie was stripped of her title of Miss Nevada USA after risqué pictures surfaced of the then 17-year-old party girl exposing herself. Now, Rees is peeved that the same rules don't apply to Carrie -- and she's aiming her anger at Miss Universe owner Donald Trump.

"No matter what the stipulations are with the pictures, if you're semi-nude, you're semi-nude and it says so in the contract," Katie told "Extra," adding, "Prejean broke the contact... she should've had her crown taken away just like mine... for her crown not to be taken away is absolutely outrageous." 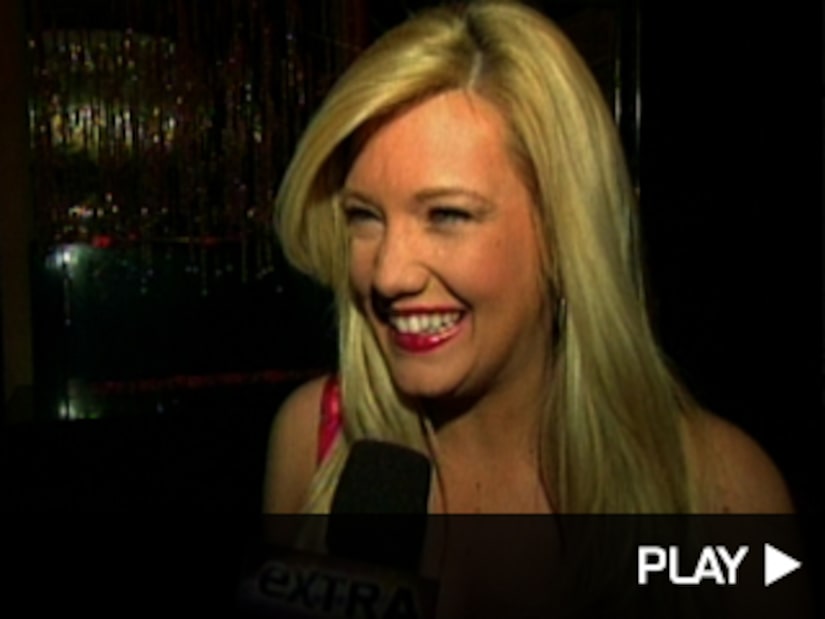 Carrie isn't the first beauty queen to stir up controversy. Miss USA Tara Conner made headlines when reports claimed she had been drinking underage and used cocaine. Trump allowed Tara to keep her crown as long as she entered rehab, which she did.

Now, Rees tells "Extra" her own crown was unrightfully taken away. "The fact is Carrie purposely posed nude for these pictures... I did not. I was a teenager who accidentally was out having a good time with her girlfriends and was unguarded. Tara Conner broke her contract for drug use... fhese girls get to keep their crown and I'm the one who's exploited. I just wonder if Mr. Trump knows what he put me through -- what I've gone through these past two years."

Rees confirmed to "Extra" that she is considering legal action. "Well, what would you do? I am speaking with my lawyer right now."

Despite Rees' anger that Carrie gets to keep her crown, she has a piece of advice for the reigning Miss California: "Stay strong. Keep your head up... I wish her all the best."

What do you think? Should Carrie have kept her crown? Vote now!