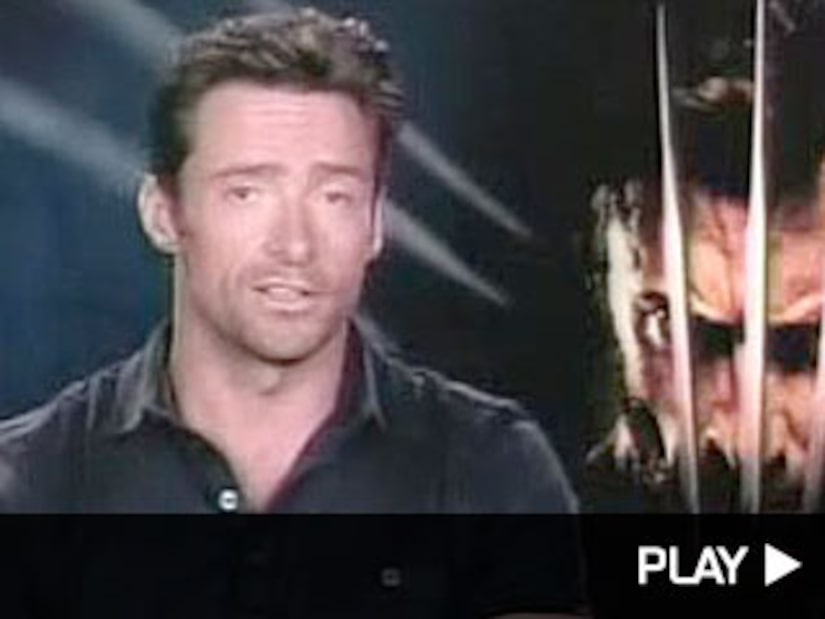 Following their dazzling Oscar musical number, Mario asked Jackman if he would do a musical with Beyoncé, perhaps directed by Baz Luhrmann. "Me and Beyoncé. I will do anything," he told us. "I am the one talking up all those rumors. And Mario, maybe you can be in it too, buddy!"

As for the success of "Wolverine," says Hugh, "I was blown away. I was so grateful to the fans and to everybody who came out in force and seemed to love the movie. I just want to say thank you to them. I love my job. I feel like the luckiest guy. Don't tell, but I'd do it for free!"

This weekend, Jackman's going head-to-head with the crew of the Starship Enterprise as "Star Trek" hits theaters, but Jackman has no worries. "I am a big believer that there's always room for good movies. I am going to go see 'Star Trek.' My good buddy Eric Bana is in it... I'm not competitive about it. I hope they both do well."

So, if Wolverine and Spock duked it out, would the action hero take down the Vulcan? "Mate, let's be honest. It's not really fair. I might be a little bedazzled by the ears and maybe the costume at first. That might throw Wolverine, but I don't think it will go twelve rounds."

In the meantime, "Wolverine" fans can rest assured since there already is a sequel in the works. Jackman told Mario, "Yes, mate. The fans have been very vocal about the story they want to hear and that's the Samurai story set in Japan."