President Barack Obama recently took a night off from his political duties to treat Michelle to dinner -- and "Extra" spoke to Chef Michel Richard about the First couple's romantic night! 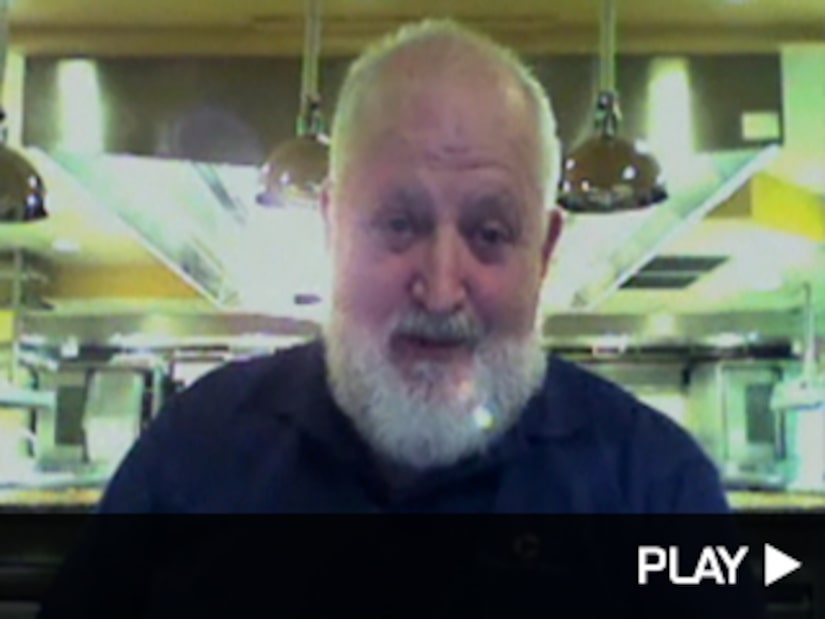 Richard, Chef of D.C. hotspot Citronelle, tells "Extra" that he learned that the President and the First Lady were coming to his restaurant only an hour before they arrived! "We had a reservation for two people from the White House... but did not know who it was," Michel explained. "At five to six, forty secret service were all over. They blocked the street."

The Obamas ordered an appetizer of soft shell crab tempura and eggplant shortly after sitting down for their meal. For their entrees, Michelle requested a lobster burger -- and despite it not being on the menu, the chef complied! "She asked for it and it was impossible to refuse to the queen of this country, so we gave it to her!"

The Commander-in-Chief kept things light with 72-hour aged beef and only one French fry. Richard says, "He wants to stay skinny, you know?"

The Obamas also enjoyed drinks and dessert! Both Michelle and Barack Obama drank a martini, straight up and garnished with an olive. The couple indulged in crème brûlée, but skipped the pastry that came with the dish.

Richard also confirmed that the Obamas are good tippers, leaving a 20% gratuity! Michel told us that Michelle even planted a kiss on him when the first couple left dinner! "When she said goodbye to me, she talked to me in French. She kissed me and grabbed me. My wife was right there. No fight," Richard adds, laughing.

So, how much will Richard charge for future patrons to sit at the Obama table? "Zero...Zero." On second thought, "Maybe we are going to charge. Make them order a bottle of Cristal."