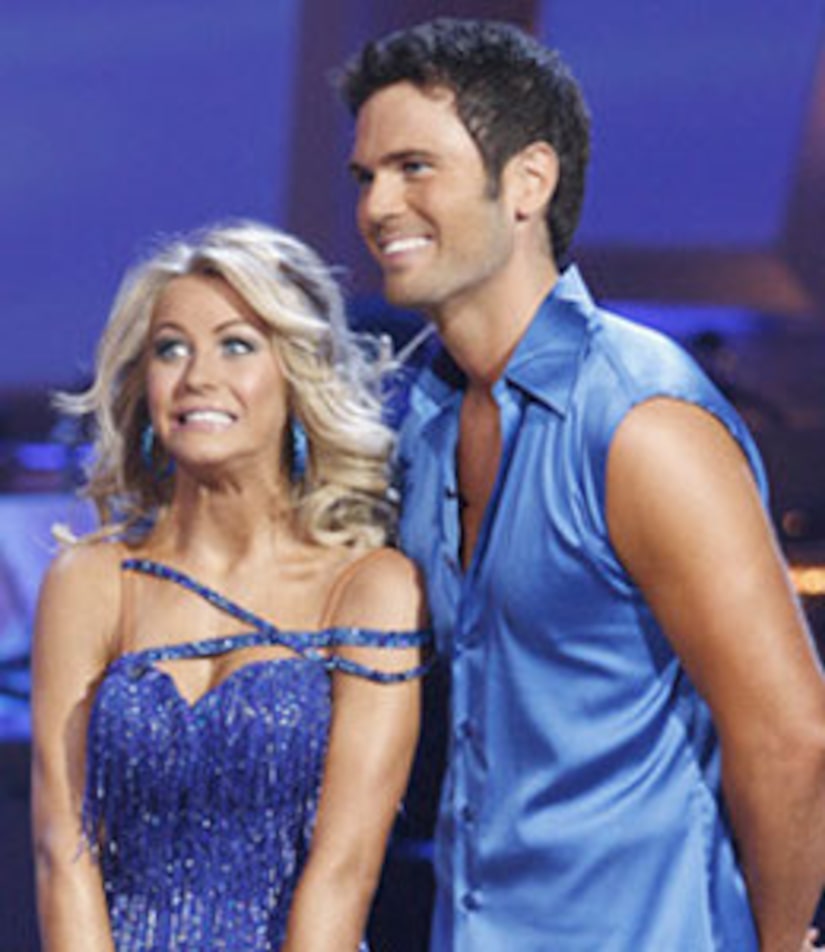 It's back to the tour bus for Chuck Wicks! The 29-year-old was eliminated Tuesday night on "Dancing with the Stars." The country singer and partner/girlfriend Julianne Hough received 51 out of 60 points on Monday night, but there were not enough viewer votes to keep the couple in the competition.

"To all the critics that thought we weren't going to last: We did it," Wicks said after being voted off. "Now I'm going to go out on tour and enjoy doing what I love, and that's country music."

The week's low scorer, Melissa Rycroft, was able to remain in the competition even though she missed Monday's show because of a rib injury. Chuck added, "It shows you how many fans Melissa has."