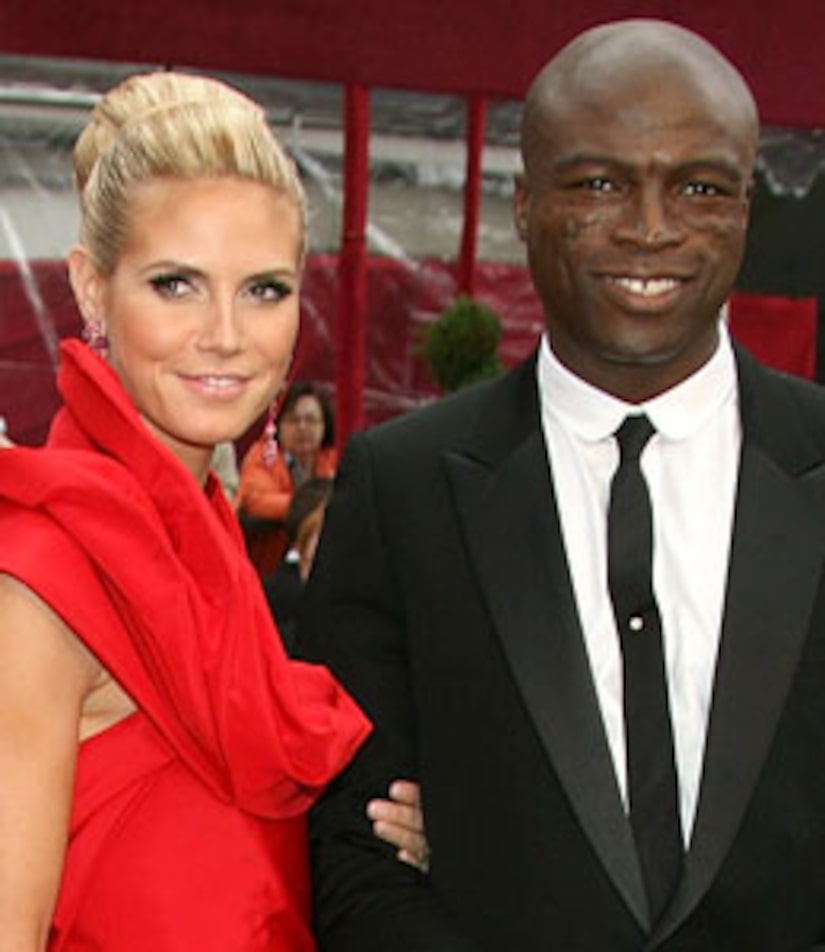 Heidi Klum tells "Extra" she's "super excited" about being pregnant with her fourth child, but she wasn't expecting hubby Seal to let the secret slip!

The supermodel reveals, "It kind of came out faster than I wanted it to. My husband kind of surprised me and everybody at one of his concerts. He was just on tour so he kind of told everybody." She continues, "He's allowed to, obviously. We're very excited."

Klum hosted the LG Rumorous Night party on Tuesday in L.A. -- and this supermom isn't ready to slow down just yet! She says, "I do feel full of energy. I do go to bed very early. Nothing to do with the pregnancy now. It has to do with having three small children at home."

Heidi, 35, is mom to three kids under the age of four, and she expects her newest addition this fall. Klum insists this will be her last pregancy, saying, "That's pretty much it. I'm very happy with four." The "Project Runway" host adds, "With four I think we're complete."