Hugh Jackman is all muscle in the upcoming "X-Men Origins: Wolverine," and the movie star tells "Extra" his rock hard bod is working wonders in the bedroom! 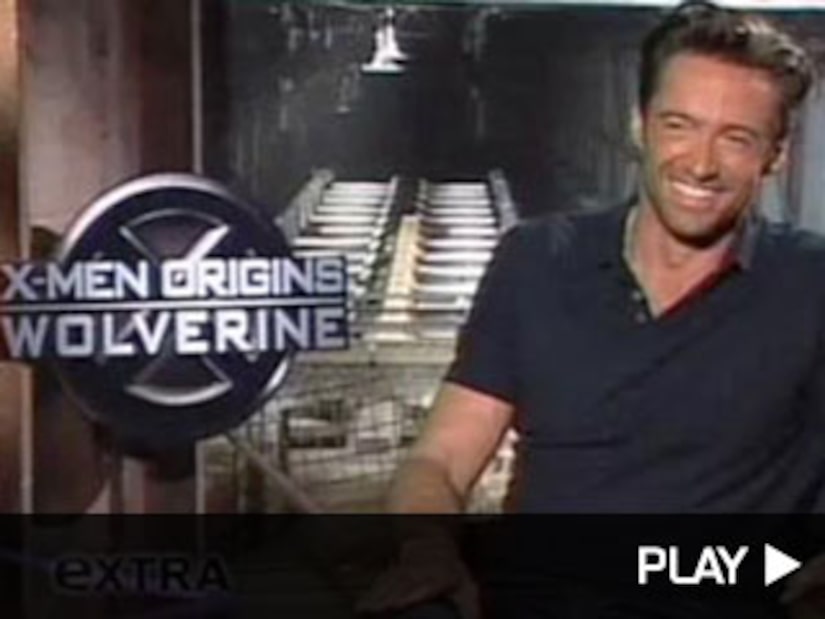 Jackman confesses he wanted audiences to be uncomfortable watching him and think, "Okay, this guy's dangerous." Hugh says his wife Deborra-Lee wanted to rip his clothes off, "She was like, 'Hugh, this is kind of ridiculous. I'm not sure who you are right now. Now, get into bed.'"

The heartthrob also tells "Extra" he's good pals with his "Australia" co-star Nicole Kidman, saying, "Nic and I are genuinely good friends. In fact, Nic and my wife shared a house together when Nicole first came to Hollywood. So we all know a lot about each other. We could ruin each other's career." He continued, "But we won't."