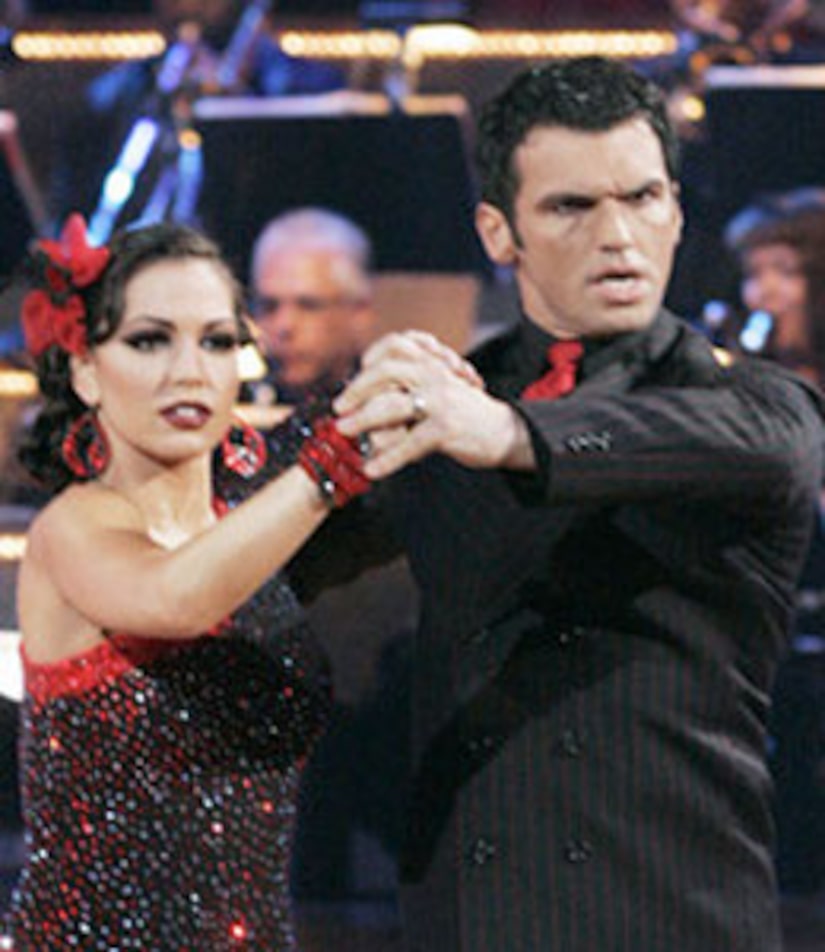 Former "The Bachelor" star and "Dancing with the Stars" season 8 fave Melissa Rycroft was absent from Monday's show after sustaining a rib injury that prevented her from performing.

The Texas native and professional partner Tony Dovolani were judged instead on their rehearsal performance. The couple earned a 21 out of 30 for their jive. Doctors told Melissa she has a hairline fracture but can continue competing.

One of the evening's highlights was the return of Lil' Kim. The rapper and partner Derek Hough successfully danced the tricky paso doble. Last week, Kim toned down her sex appeal and the judges ordered her to bring it back and spice it up. The couple earned a 28.