Katie Holmes hit the Big Apple to host "Independent Filmmaker Project Celebrates 30 Years" -- and the actress rocked the red carpet in a hot Alexander McQueen pantsuit and Givenchy gladiator heels! Katie topped off her look with a Hermes clutch and a vintage gold cuff. 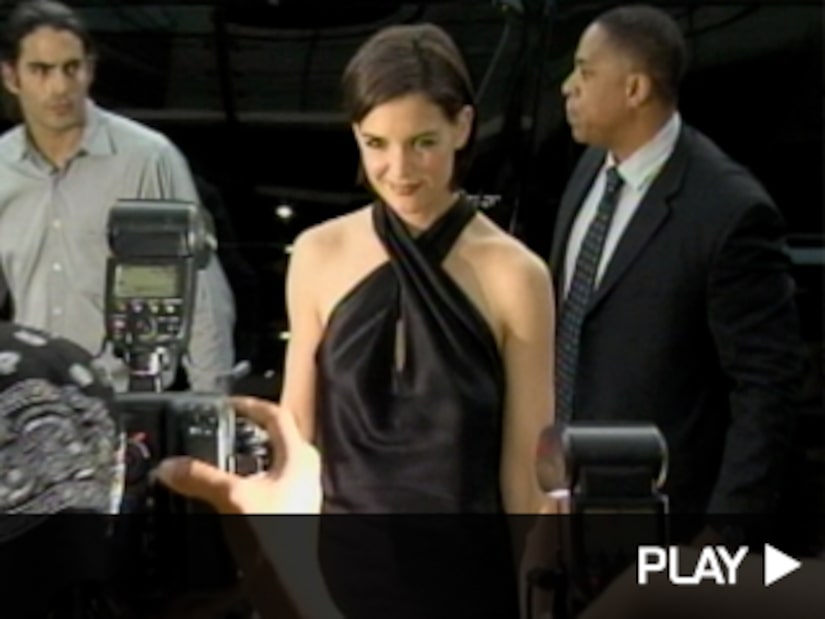 Holmes starred in the production of "All My Sons" on Broadway -- and told "Extra" she was a fan of singing sensation Susan Boyle! "I think she's great," Katie said. When asked if she thought Boyle has what it takes to take on the Great White Way, Holmes responded, "I think whatever she wants to do."