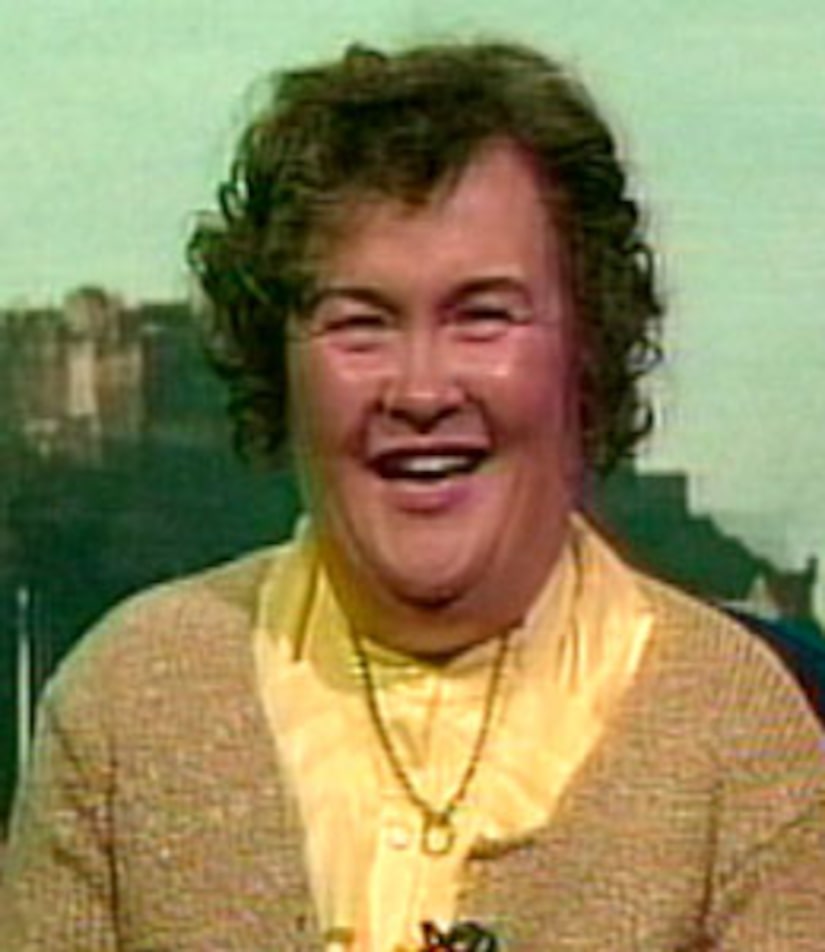 "Extra" can't get enough of Scottish sweetie Susan Boyle! On Wednesday, Boyle broke news to "Extra," coming clean about never having a first kiss. Now she's confessing which "Britain's Got Talent" judge she would lock lips with!

"Extra's" Terri Seymour asked the bubbly Boyle who she'd rather pucker up with -- Simon Cowell or his fellow judge Piers Morgan, and Boyle responded, "That's a hard one! No comment." Terri doesn't take "no" for an answer! She said, "You've got to choose. I'm making you choose. If you had to pick one of them." Boyle responded, "I like Piers. I like Piers. But I like Simon equally as well. There you go. No preference." Seymour insisted, "But you'd prefer to kiss Piers Morgan than Simon Cowell?" Boyle laughed, "I don't want to embarrass him. Don't be silly."

Now, "Extra" is first with Cowell's incredulous reaction to Boyle's kissing revelation! Simon insists, "No, she didn't say that... It's not her saying it."

Boyle also revealed she might be headed to Tinseltown! She told Seymour, "The most exciting offer so far has been a trip to Hollywood to make a film... there is talk about it... it's only rumors right now." She just can't decide which Hollywood hunk would make the best co-star -- Brad Pitt or Tom Cruise. Susan says, "They are both very powerful, good looking leading men. I think I'd be spoiled for choice."

There's speculation the 48-year-old could make a pretty penny with her powerful chops! Boyle giggled, "I'm going to make a lot of money? I don't know what I'm going to do. I really don't." 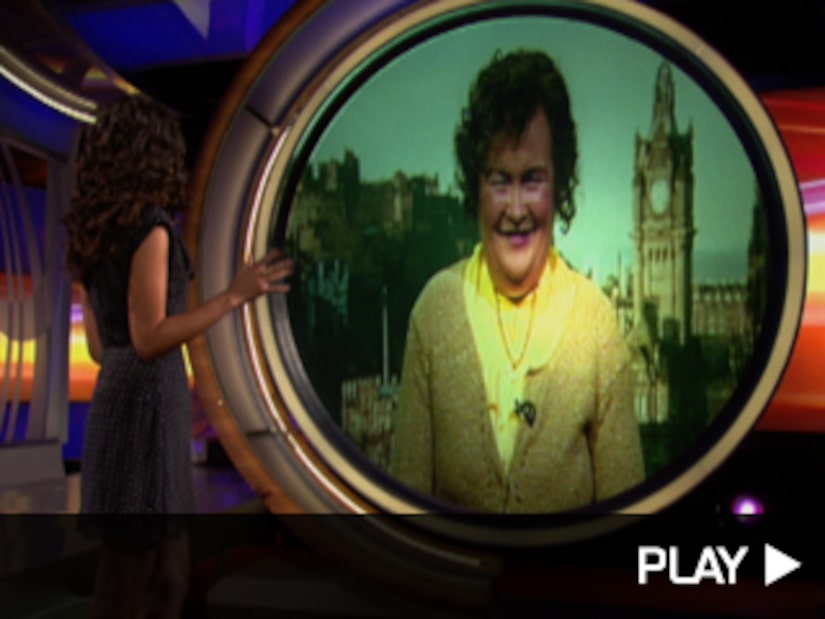 Boyle's got her eyes on 12-year-old Shaheen Jafargholi (aka her number one rival on "Britain's Got Talent"). She commented, "I think he is fantastic. Really fantastic. He has lots of confidence. He has everything."

The songbird returns to TV on "Britain's Got Talent" May 23.