"American Idol" contestants Lil Rounds and Anoop Desai were sent home from the FOX competition on Wednesday night, having received the least number of votes from viewers. 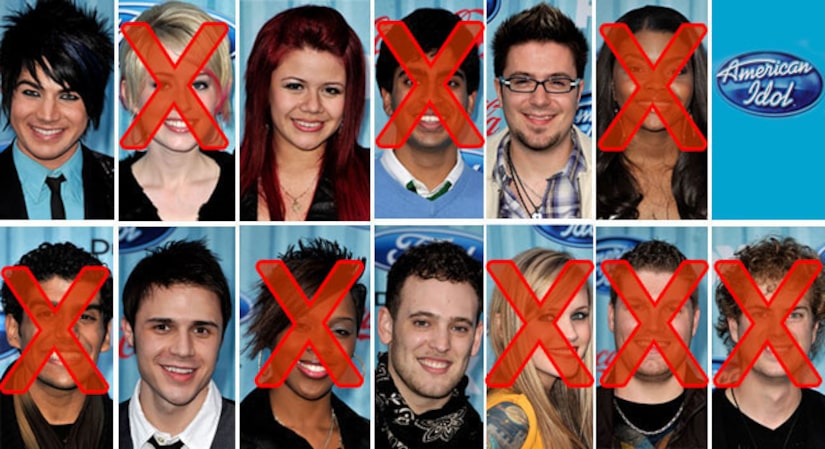 Allison Iraheta was also in the bottom three after the show's disco theme performances on Tuesday night. The 16-year-old remained safe and now is the only female left in the weekly singing battle.

For weeks now, the judges have been telling Lil Rounds she could be going home. Cowell predicted the 24-year-old mother of three would get the boot after her performance of Chaka Khan's "I'm Every Woman," calling Rounds' rendition a "mess."

"I'm actually going to miss your family screaming at us every week," Simon said to Lil just before she gave a farewell encore, which Paula reviewed as "classy."

Desai was the judging panel's final wild card pick during the beginning of the competition, but the 22-year-old college student had trouble standing out. On Tuesday, Anoop performed Donna Summers' "Dim All the Lights." "I'm so really disappointed," Desai said.

During the show, the final seven wore bell bottoms and sunglasses for a group performance of The Jackson's "Shake Your Body (Down to the Ground)," choreographed by judge Paula Abdul.