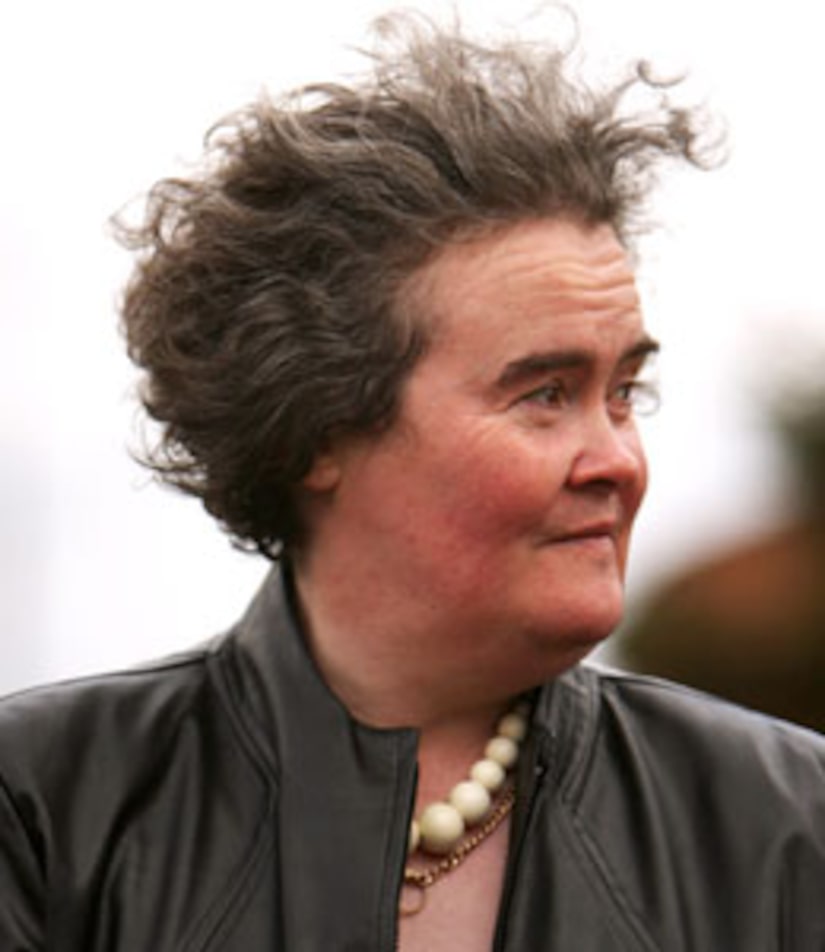 "Britain's Got Talent" star Susan Boyle captured the hearts of millions, but is it true she has never been kissed? She's coming clean to "Extra!" The 48-year-old admits she fibbed the truth about her romantic past. "It was meant as a joke... I've got a wicked sense of humor, you know!" she exclaims.

The Scottish songbird has been making headlines since she amazed the world with her extraordinary voice and already she has been surrounded by rumors. Boyle admits the rumor that surprised her the most rumor has to do with stripping down. She says, "The one where I'm willing to take my clothes off for a million dollars... Really crazy!"

Susan could take the big screen by storm! She reveals, "The most exciting offer so far has been a trip to Hollywood to make a film... There is talk about it... It's only rumors right now." Boyle also tells "Extra" she could possibly pop up in the hot seat on 'Oprah.' "It's in the pipeline, but I don't want to get into it here."

Boyle is grateful for the opportunity to perform on "Britain's Got Talent." She tells judge Simon Cowell, "Thank you for giving me a chance, Mr Cowell and I'll do my best." She adds, "He's a good judge and a very honest person."