"The Hills" star Audrina Patridge will be popping up on a new billboard for animal rights group PETA, urging that people "Always adopt, never buy," showing the starlet holding a cute little pup. 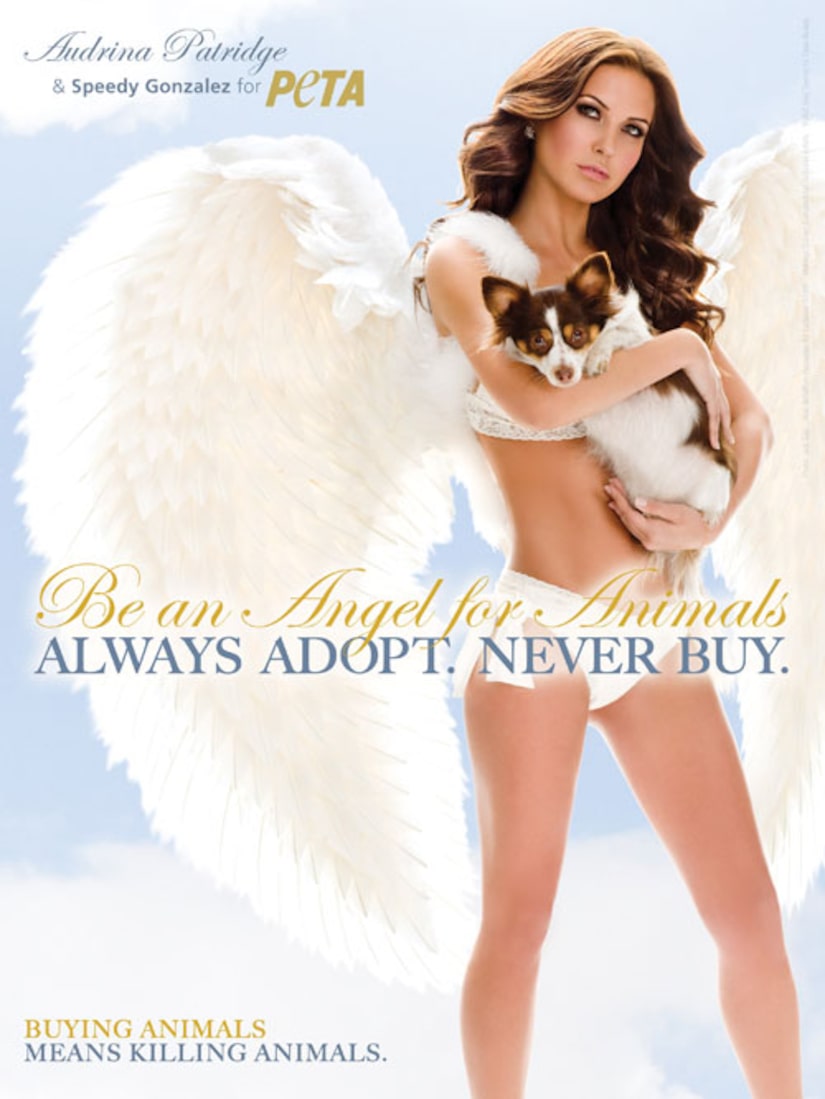 Audrina appears in a dazzling bikini and angel wings, holding her rescued pup "Speedy Gonzalez." Audrina cautions that "Buying animals means killing animals," and that "Each year, 6 to 8 million unwanted dogs and cats are turned in to shelters, and half are killed because there aren't enough good homes."

Patridge's billboard is sure to turn a few heads ... and put a dent in the puppy business.