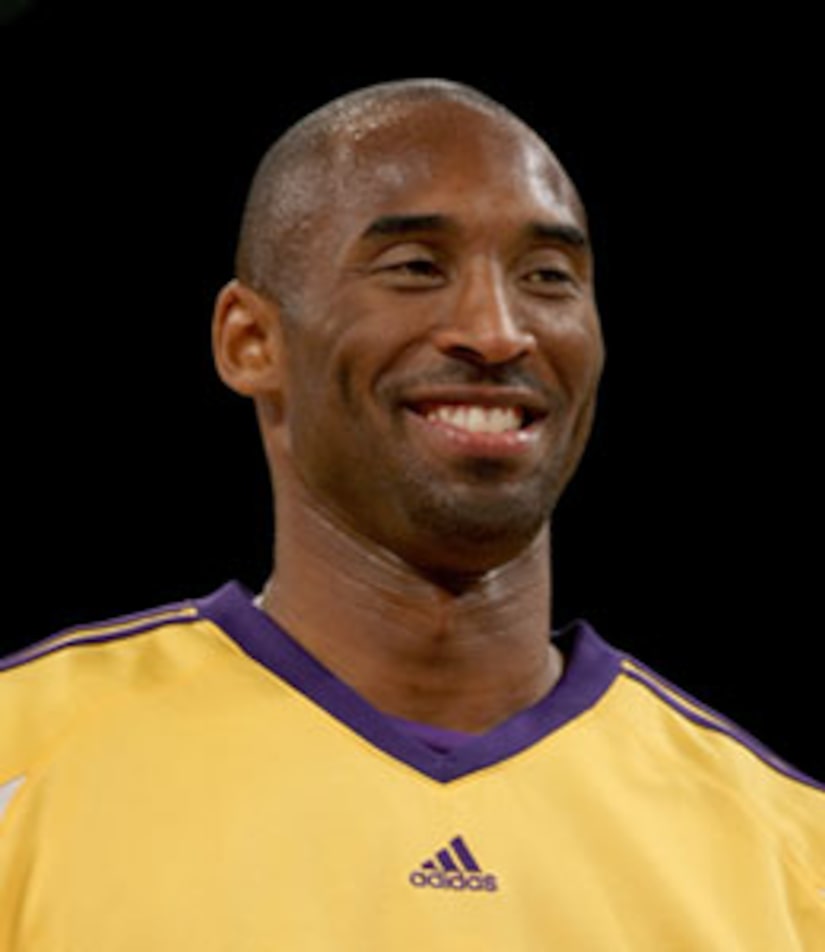 Kobe Bryant is talking to "Extra" about everything -- from playing ball with President Barack Obama to retirement and "Dancing with the Stars"!

During the Presidential campaign, Kobe sent a pair of custom shoes to Barack Obama, but the athlete admits he'd be nervous to play hoops with the President. "It'd be cool to play a one-on-one game with him, but I'd rather play a two-on-two game and have him be on the same team. I don't want the CIA to throw me behind bars for blocking President Obama," Kobe jokes.

The Lakers superstar admits a Team France vs. Team USA might be more up his alley. Bryant says, "Make it a global game of two-on-two. Tony Parker and [Nicolas] Sarkozy versus me and President Obama."

The 30-year-old has played professional ball for over a decade and he says he doesn't get starstruck when superstars sit courtside. Kobe says, "It's a great feeling because you have so much respect for what they do. Just the other game." The b-baller looks up to Hollywood stars like Diane Keaton and admits, "I just think the world of her. I think she's one of the greatest actresses of all time." Kobe even told the Oscar winner how he felt during a game! Keaton was sitting next to the Lakers' bench and Bryant leaned over to tell her he was a big fan.

As for one of the most famous, diehard Lakers fans, Jack Nicholson, Kobe comments, "He is incredibly tough on the refs." Bryant says during a game versus the Utah Jazz he "saw 'The Shining' come out in him." He adds, "The eyebrows came up. He was on top of the refs from start to finish."

Jack Nicholson tells "Extra" Kobe "is one of the best actors in the NBA," but Bryant doesn't plan to go head-to-head with Nicholson at the box office. He might give acting a shot on a TV crime drama. The shooting guard tells "Extra" he would make an appearance on his favorite show, "CSI: Miami." He confesses, "I can't act for anything, so I can just be walking around in the background."

It doesn't look like Kobe will leave basketball for serious acting roles, but he does have plans for retirement. He says, "I really enjoy marketing and advertising. It's a passion of mine. Maybe I'll get into that." Just don't expect to see him on "Dancing with the Stars." Kobe prefers his high-tops over high kicks on the dance floor. He says, "They're not gassing me up. No, I'm not doing it."