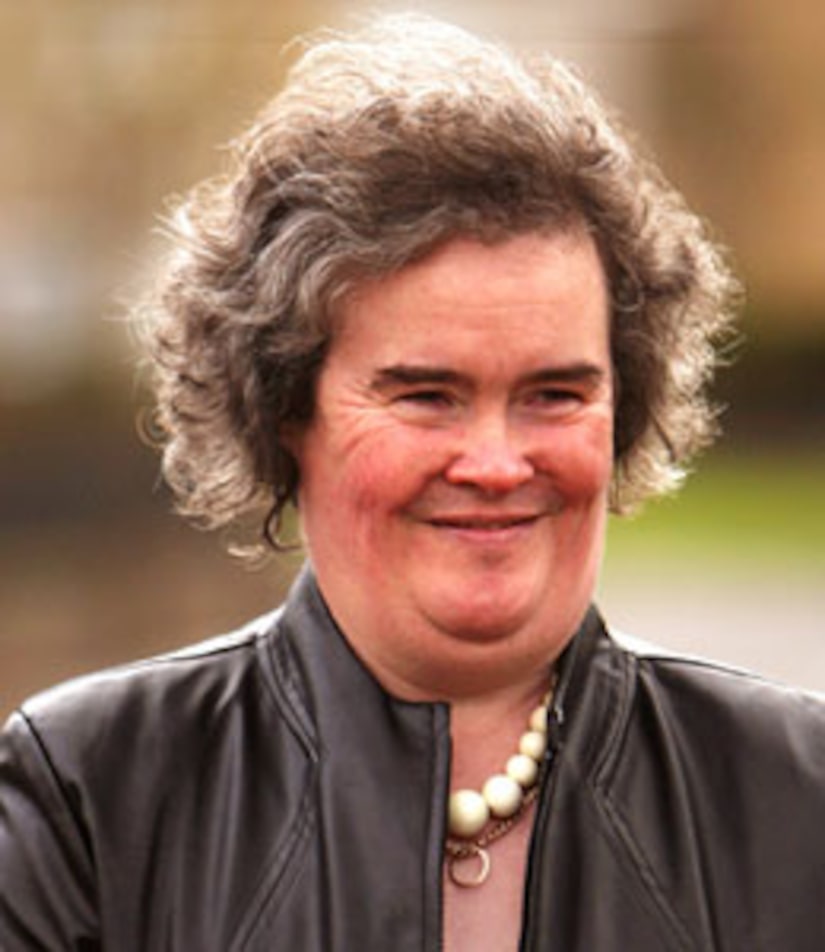 Ten days ago she was an ordinary single woman living a quiet life in a row home in Scotland -- now she's a worldwide phenom being praised by the likes of Beyoncé, Jon Bon Jovi and Michael Stipe!

"Extra" met up with Stipe, who said, "I love your voice, Susan." Meanwhile, the "Britain's Got Talent" star has some competition in 12-year-old singer Shaheen Jafargholi, also a frontrunner in the show. Bon Jovi says, "I hope she knocks this one outta the park and keeps beating that little 12-year-old into submission!"

Susan tells us that her line about "never having been kissed" was "just a joke!" She also revealed that she has a kiss list... and Mario Lopez is on it!

Susan makes her next "Britain's Got Talent" appearance on May 23.