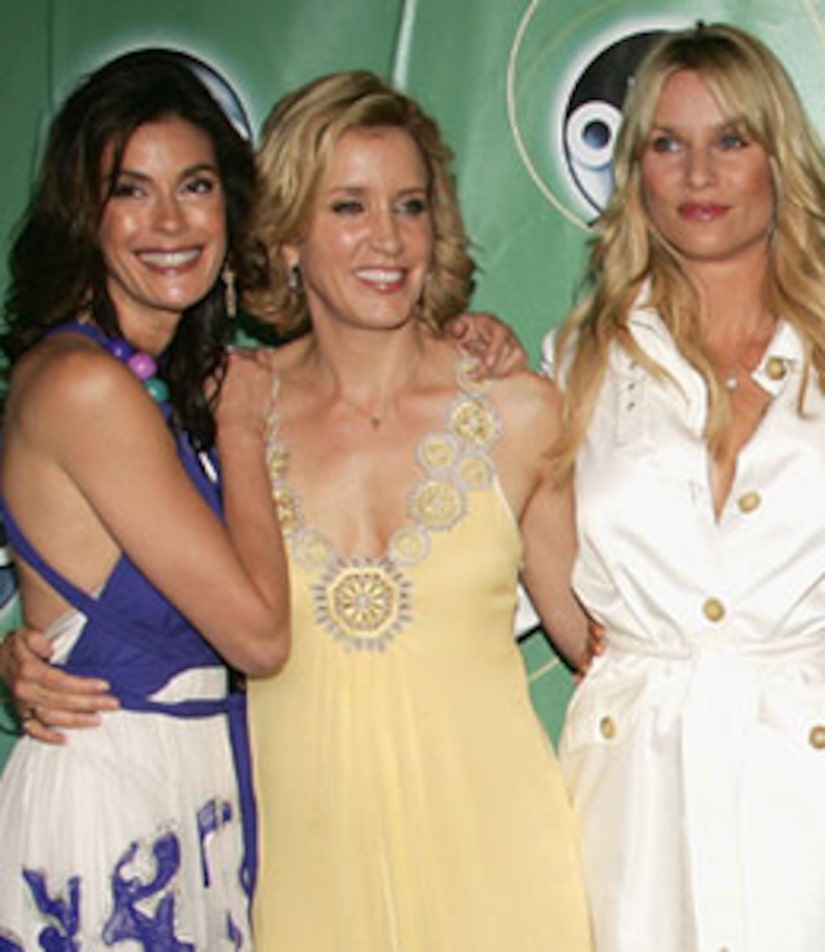 Nicollette Sheridan's character "Edie" makes her final appearance on Sunday's episode of "Desperate Housewives," but the Wisteria Lane sex kitten will not be forgotten!

Co-star Teri Hatcher's character "Susan Mayer" and "Edie" butt heads from time to time. During PaleyFest09 Hatcher said, "I made a scrapbook as my sort of parting gift, and it reminded me of how great those two characters were together."

Fellow castmember James Denton noted Sheridan made a point to thank the show's writers and cast.

"She said, 'While you're all together, I'm here to say thank you for everything. You guys are great. You guys are awesome,'" Denton recalled. "She walked out of the room and Felicity (Huffman) looked at me and said, 'classy,' and it sure was."

Neal McDonough joined the cast this season as "Edie's" husband "Dave Williams" -- and he said he would miss Sheridan probably more than anyone.

"Nic was like my sister," he said. "She was so close to my wife and my kids, and we had so many scenes together this year. That last scene we did was really tough, really emotional."