"New Moon" bloodsuckers Alice and Edward Cullen, played by Ashley Greene and Robert Pattinson, were spotted by photogs while filming the "Twilight" sequel in Vancouver on Friday. 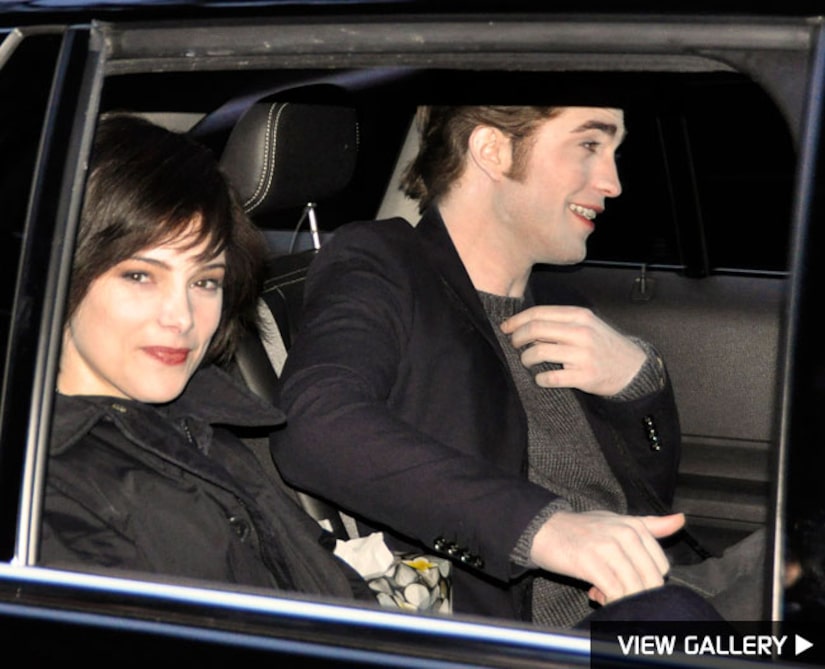 Ashley tells "Extra" she hasn't run her fingers through RPatz's sexy locks. "I play his sister. You can't do that," the 22-year says, adding, "I have not unfortunately, but I would like to... just like everybody else!"

The anticipated vampire flick is expected in theaters November 20, 2009.

View candid pictures of your favorite "Twilight" stars, and don't forget to join our Twilighters group in our community to chat with other "Twilight" fans!