It was an emotional red carpet reunion for Mickey Rourke and Kim Basinger last night at the premiere of their film "The Informers." Rourke tells "Extra," "I was very nervous coming here. I haven't seen Kim in 23 years." The actors both appear in the film, but they don't share screen time. 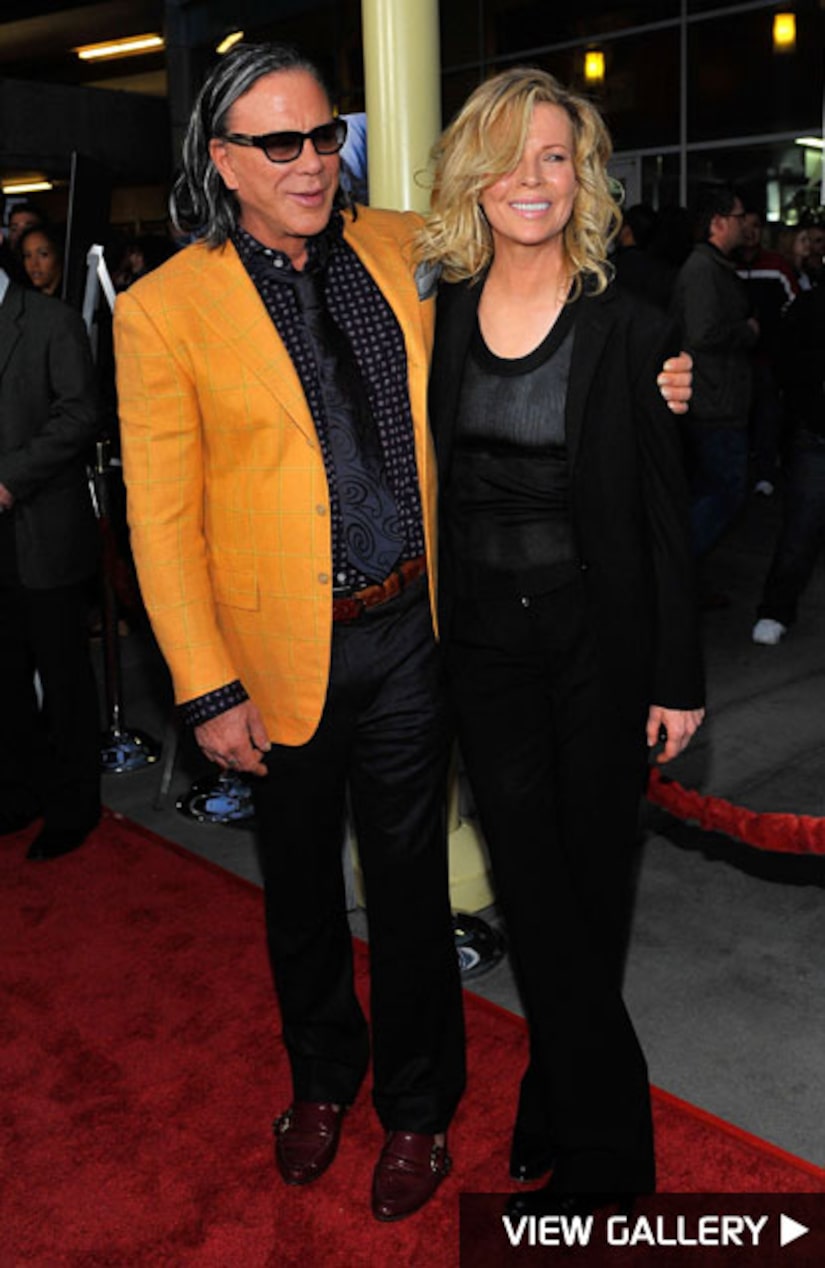 The two starred as lovers in the steamy classic "9 1/2 Weeks" back in 1986 and Basinger tells "Extra" she reached out to her co-star while he was filming "The Wrestler." She says, "I wrote him a letter because I will always feel a connection with him and he wrote me back a beautiful note and it had his dog on there. We're both animal lovers."

Rourke added, "I thanked her for the letter... coming from her, it was very special and it was a very generous and heartfelt letter. It brought me to tears really."

Mickey is about to begin filming "Iron Man 2" with old buddy Robert Downey Jr.. The 56-year-old reveals he and Downey have finally grown out of their bad boy stage, saying, "We got two and a half strikes, so we're not going to fall back. That ain't going to happen."

Basinger looked like a bombshell on the red carpet for the premiere. She tells "Extra" her svelte figure is thanks to her daughter Ireland. She reveals, "I'm chasing a 13-year-old around my house to make her do her Spanish homework."

"The Informer" sneaks into theaters May 1.