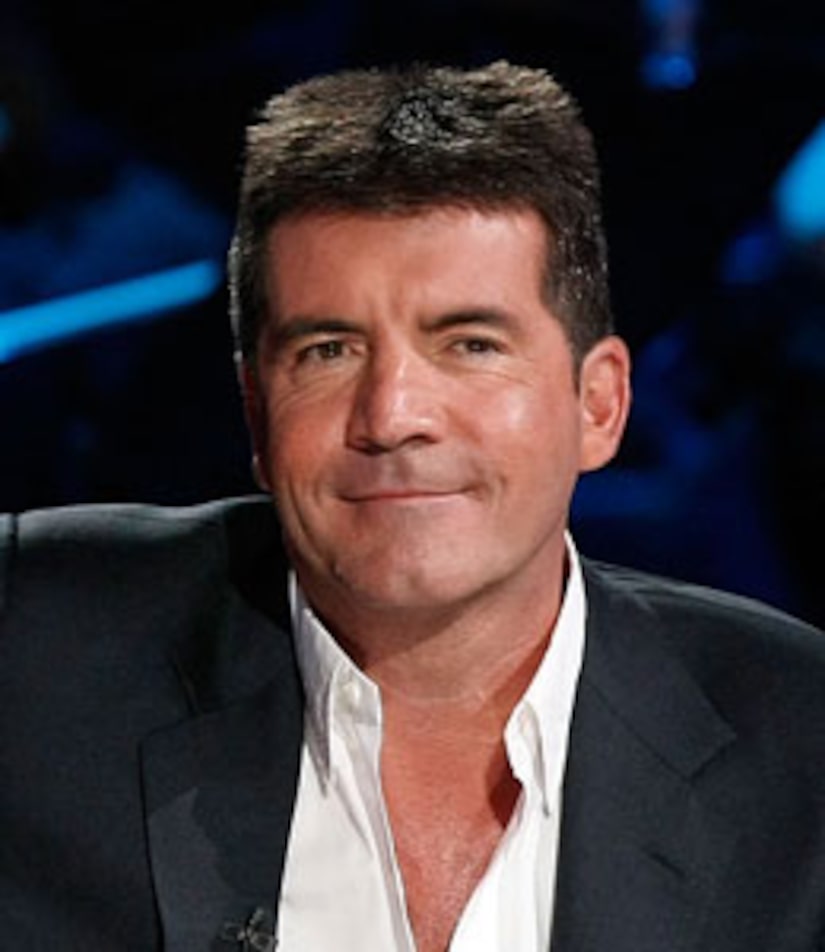 Millions have watched Susan Boyle belt her heart out on "Britain's Got Talent," and "Extra" talked to judge Simon Cowell about the Internet sensation!

Simon tells "Extra's" Terri Seymour that Boyle's performance made a bad day into a memorable one. He says, "I remember we were up in Scotland and had a terrible, terrible day. I was bored. I was frustrated. And this little old lady comes on stage [and I say,] 'Here we go again.'" Cowell was immediately ready to dismiss the 47-year-old. He says, "I thought this audition was going to last three seconds. So did the audience." Cowell was pleasantly surprised. "Then she started to sing and I've never ever felt anything like it in my life. The whole place just turned. And it was just the most astonishing feeling at the time."

For once, Simon is happy! He's glad to see Susan is such a big hit. Cowell says, "She's a sensation over the world. Good for her... I'm really happy for her because she's a really, really sweet person. This is going to change her life."

Although Boyle has been ridiculed for her looks all her life, Cowell says, "Part of her charm is the fact she is what she is. She's not particularly worried about the way she looks... she's just someone who loves singing. I don't think she's aware of what's happening to her."

Susan has admitted she's never been kissed, but Cowell declares, "No, I will not be the first person to kiss her." Cowell's fellow "American Idol" judge Randy Jackson sings a different tune. He tells Seymour, "I think Simon and I should do a dual kiss on each cheek on Susan Boyle. I'll fly to London with him. We will sit right beside her and kiss her at the same time. We'll do a countdown to the kiss."

The mean judge also cleared up rumors about tension between "AI" judges Paula Abdul and Kara DioGuardi. Simon comments, "They both seem to get along well... As far as I'm concerned, we'll all be back on it next year." He continues, "There's no weirdness going on behind the scenes as it's being reported. It's simply not true."