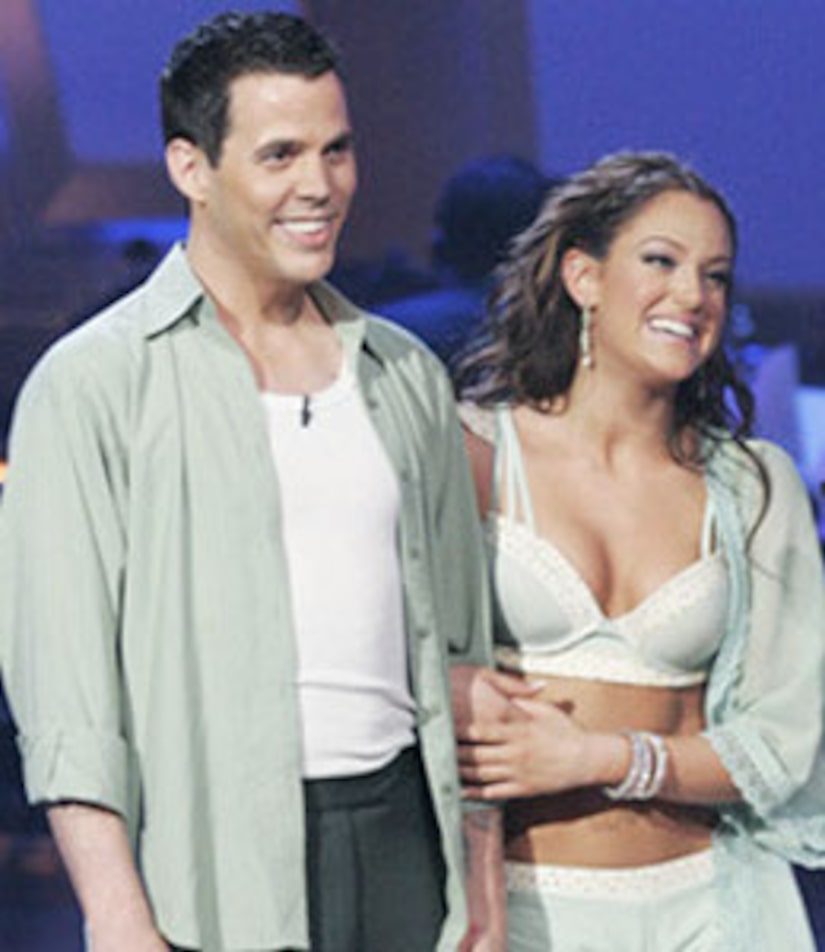 Steve-O, born Stephen Glover, and pro partner Lacey Schwimmer landed in the bottom spot after their rumba on Monday's show. The couple earned 16 out of a possible 30 points for their routine. Judge Len Goodman called the dance "no good" while Steve-O says he believed it was his best dance yet.

"I met a lot of challenges, I made a lot of mistakes, the fans kept me around enough to learn from it all," the 34-year-old said. "It's been awesome. It's forced me to really grow as a person--for that, I'm super grateful... Everyone, thank you so much."

Steve-O injured his back in the second week of the show, but managed to recover and compete. Performing on the program was a personal victory for the former clown, as he had been involuntarily hospitalized for drug abuse and other issues in early 2008.

The stuntman was gracious for his "Dancing" partner, he said, "Lacey's been extremely patient putting up with me. Sometimes I tend to manstruate."