Did "17 Again" hunklet Zac Efron trip while going up a down escalator?

Like "Hairspray," this rumor holds! Efron has proved he has coordination by singing and dancing on the big screen, but the talented star was no match for a reverse escalator! Zac tripped and fell while riding an escalator at LAX. Getcha, getcha head in the game! 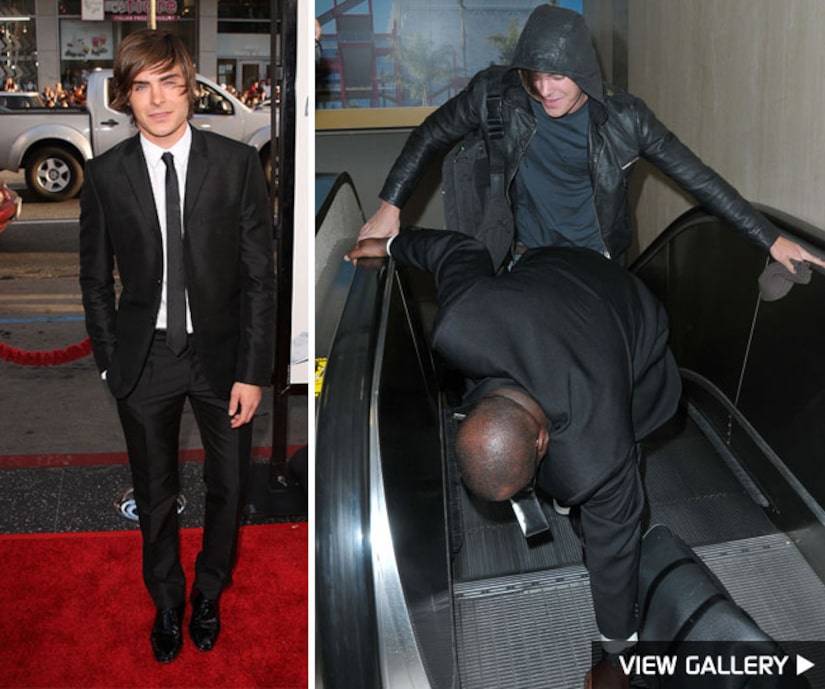 The 21-year-old cutie tells "Extra," "The guy in front of me kind of fell and then I fell on top of him. It was kind of weird. There were so many paparazzi. It was crazy." The camera flashes nearly blinded Efron, he says, "When there's that many paparazzi, you can't see. People start yelling. People get hurt."

The man who fell was not a bodyguard (as reported elsewhere) -- Efron says he "was just a guy from the airport helping out."

Later, Zac walked the red carpet at the "17 Again" premiere in Hollywood where the star cleared up a rumor. Efron tells "Extra" he did meet about starring in the movie version "Jonny Quest," but nothing is set in stone. Zac confirmed, "It's really early on. I just had a meeting. It's not a green-lit film, so there's no start date... I think it's still what you'd call 'in development...' far from being started, so don't talk about it too much."