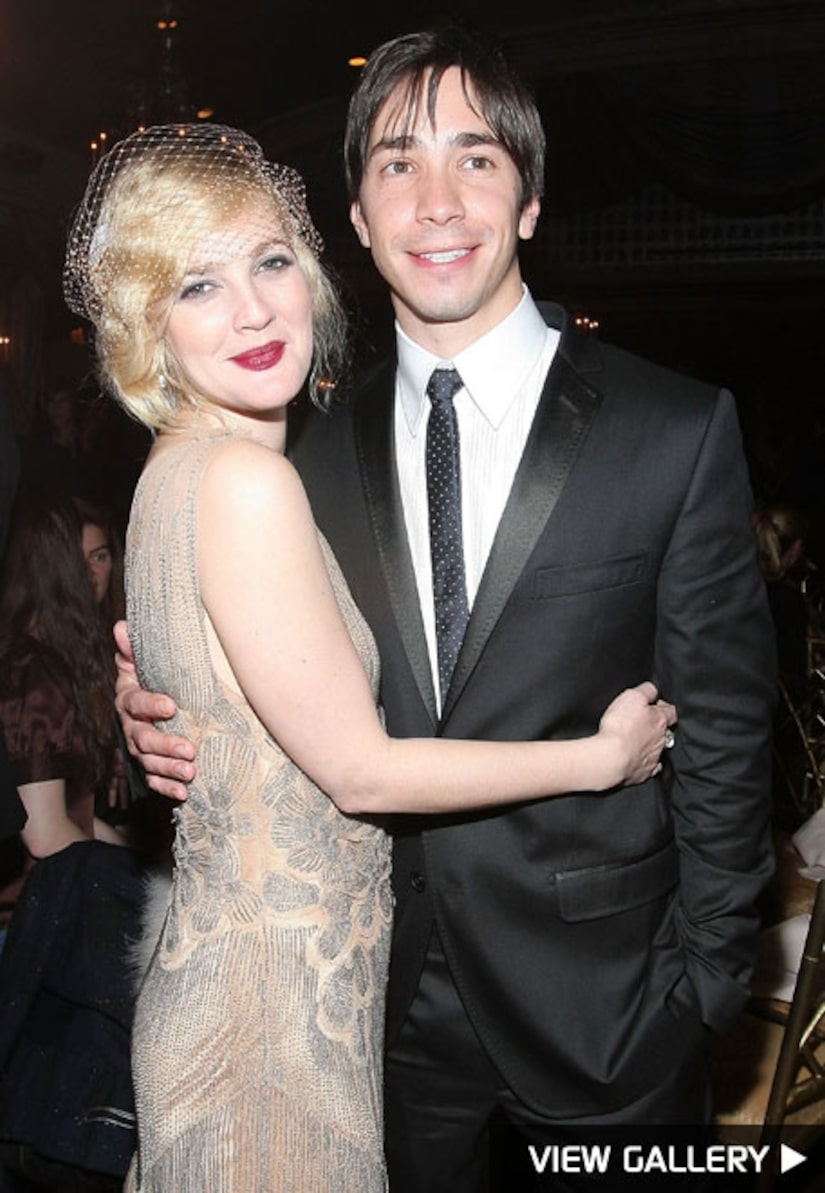 You can't sink your teeth into this rumor! Drew tells "Extra" she has talked about directing "Eclipse," but the former child star is also interested in directing other films.

Drew was spotted at the "Grey Gardens" premiere with ex-boyfriend Justin Long on Tuesday night. The actress confirmed the two are back together, but only for the movie! The 33-year-old looked stunning in a '30s-style dress by Alberta Feretti.

She revealed, "I'm going to do a comedy this summer with my dear friend Justin Long and I can't wait to just laugh." Drew continued, "He really is [one of the funniest guys I know]. I wanted to do it because I trust him so much."

Drew also dished to "Extra" about getting into her "Grey Gardens" character of Edie by giving up her cell phone, computer - all her gadgets! "I cut myself off from the world completely," says Drew, "I had an avocado green IBM Selectric (typewriter) that I would write these mad manifestos on."