Just a day after Mel Gibson's wife Robyn filed for divorce in what may become Hollywood's most expensive split ever, the actor was spotted walking barefoot on a beach in Costa Rica with an unknown blonde female friend. 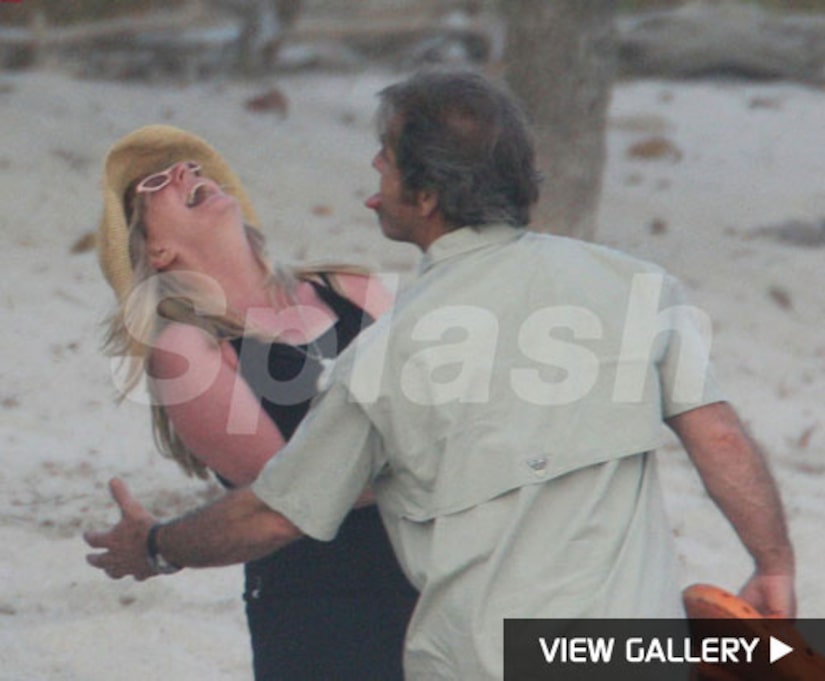 The 53-year-old is rumored to have traveled to his $26-million Costa Rican ranch via helicopter on Monday. In the photos, Mel sports long, tousled hair, a half-buttoned shirt and tan shorts and carrying a pair of orange Crocs.

An onlooker said, "Mel was laughing and joking. He did not look at all worried or concerned. You would never have guessed he is going through what could be a very expensive divorce."

Gibson and his friend seemed to be enjoying themselves, and at one point Mel even playfully stuck his tongue out at the blonde.

In another pic, the "Lethal Weapon" star appeared deep in thought as he stared into the distance. Gibson is also wearing a band on his right ring finger.

Robyn cited "irreconcilable differences" in the divorce filing, and it's possible she could receive exactly half of the couple's estimated $900-million fortune. Mel and Robyn never signed a pre-nuptial agreement. They've been married 28 years and have seven children. View photos of Mel and Robyn Gibson through the years.

Click here to view the world exclusive pictures of Mel on the beach in Costa Rica.