"Dancing with the Stars" contestant Lisa Rinna is stripping down for her second Playboy pictorial -- and she's invited "Extra" along for the steamy shoot! 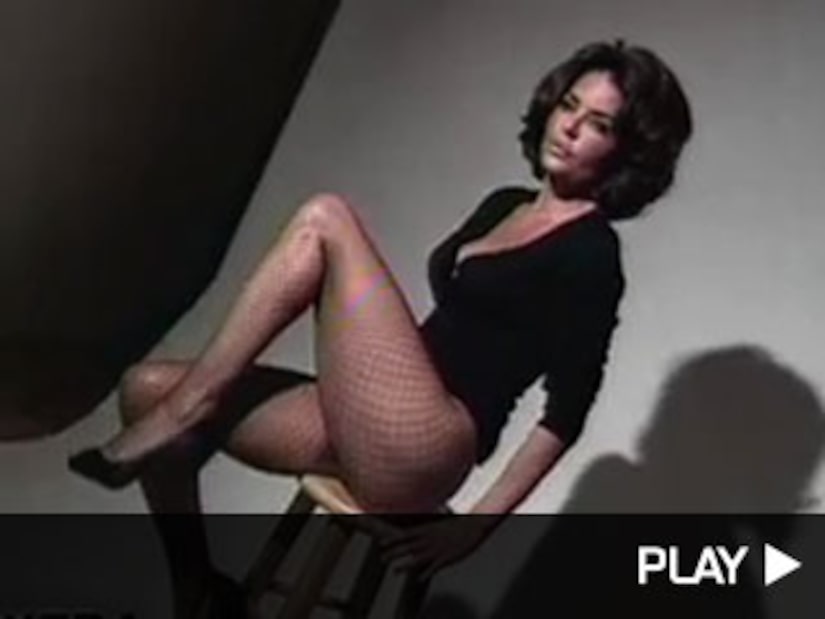 The TV Guide Channel hostess is 45 -- and gracing the cover of the new issue of the mag! She tells "Extra," "I'm 45 years old. I look good right now. Why not? Why not celebrate the beauty of the female body?" Rinna tells Momlogic.com her two daughters don't know about her recent Playboy spread.

Rinna confesses that reality TV changed her bod. She says, "'Dancing with the Stars'" changed my body and I never let it go back. I got that body and was like, 'I like this. I'm going to keep it.'" The former soap star runs and walks six days week. Her workout also includes Pilates and spinning.

Hubby Harry Hamlin is also fan of the pics! He tells "Extra," "They're awesome. They're amazing. I mean, look at who the subject was!"