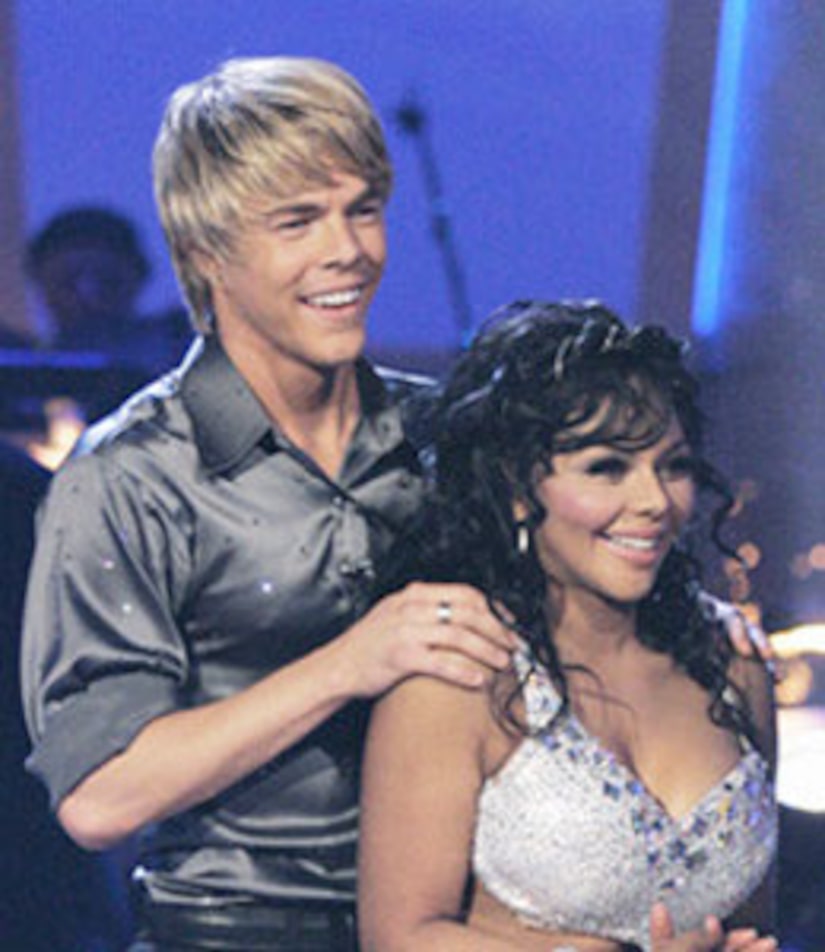 Lil' Kim proved during a dazzling routine with partner Derek Hough that she wants the "Dancing with the Stars" trophy! Kim dressed up as a police officer during their "Jailhouse Rock" jive -- a nod to her 10-month prison sentence, perhaps? The 33-year-old rapper earned a total of 28 points, including 10s from judges Carrie Ann Inaba and Bruno Tonioli.

Shawn Johnson danced a romantic rumba with partner Mark Ballas. Mark imitated a prom dance for the couple during rehearsal because the 17-year-old gymnast could miss hers if she remains in the competition. Carrie Ann noted Shawn overcame her discomfort, and the two earned a total of 26 points.

Melissa Rycroft experienced romance (and heartbreak) on "The Bachelor," and now it was her turn to try it on the dance floor. The former Dallas Cowboys cheerleader pulled off a rumba with partner Tony Dovolani, and the couple scored a total of 27 points.

Actor Gilles Marini bared his chest once again for his performance. Marini and pro partner Cheryl Burke danced a high speed jive and the judges noticed a few mistakes. The couple earned a total of 26 points -- missing the top spot.

"Jackass" star Steve-O and rodeo master Ty Murray received the lowest scores of the night, but they could be saved by viewers' votes! Find out who goes home -- tonight on the "Dancing with the Stars" results show.

Who do YOU think will win? Share your opinion by joining the conversation now!