Daughters can't get enough "HSM 3" -- and moms are addicted too! "High School Musical" pretty boy Zac Efron is talking to "Extra" about his gawking fans... and how he perfects his famous bed head. 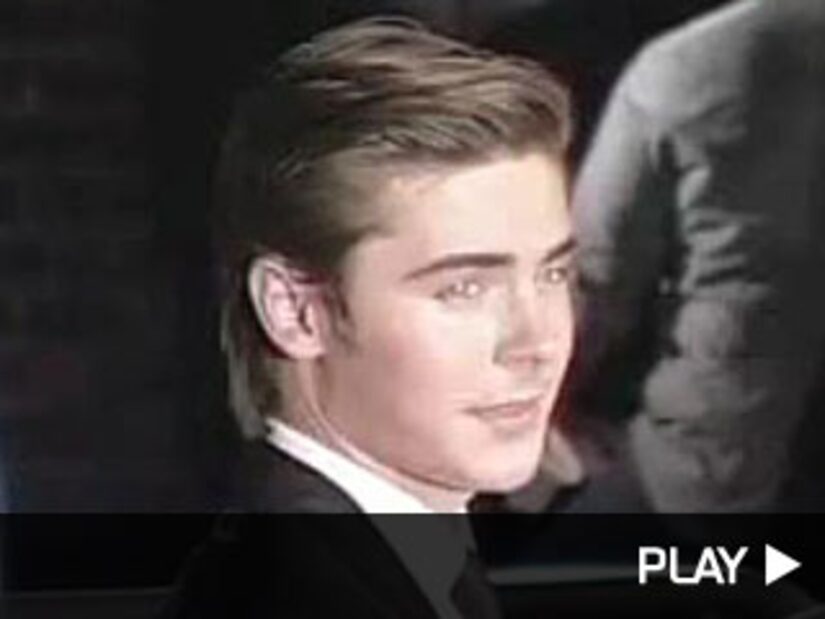 Efron is still going strong with "High School Musical" co-star Vanessa Hudgens, and he reveals their ideal date is sneaking into movies! "That's probably like, the best thing to do... we just don't go on a Friday night or Saturday night... it'll be like 9 AM on a Tuesday," Efron says.

Efron's hair gets a lot of attention, but he doesn't understand the obsession, saying, "It's really derived from laziness. It's cool. I sleep on it, wake up and then walk outside. It would be funny if it took four hours to do. It doesn't."

In "17 Again," Efron plays a 37-year-old dad who gets transported into the body of a teen. When asked if he'd want to be 17 again, Efron answered, " I think even the worst mistakes I made in high school were an important part of who I am today, so no, I don't think I would go back."