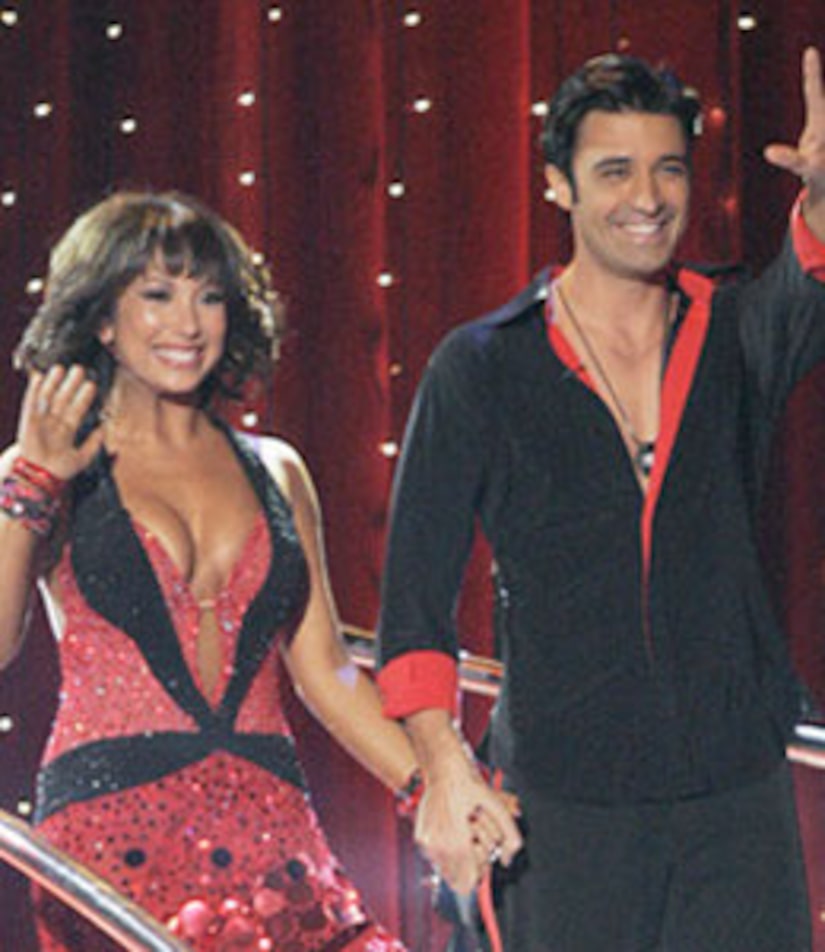 Gilles Marini raised the bar... and some eyebrows last night on "Dancing with the Stars." The "Sex and the City" hottie resembled a Spanish bullfighter... who forgot his shirt at home.

Marini was unable to duplicate his perfect 30 from last week, but he left a lasting impression. The 33-year-old and partner Cheryl Burke took the floor by storm with a steamy Paso Doble, earning a near perfect score of 29.

"The Bachelor's" Melissa Rycroft also danced the Paso Doble, but the former Dallas Cowboys cheerleader had a tough time covering up her contagious smile. The dramatic dance was the polar opposite from last week's peppy Lindy Hop. The 24-year-old and partner Tony Dovolani walked away with a score of 25.

Lil' Kim showed her softer side with a Viennese waltz -- and the judges approved! The rapper noted she had a busy week with a video shoot and she found it hard to fit in rehearsal time. The lack of rehearsal wasn't apparent on the dance floor. The judges were impressed with the chemistry between the rapper and her partner Derek Hough. The couple received a score of 26 points.

Steve-O invited his "Jackass" friends along, but only managed a slight improvement, while David Alan Grier, Ty Murray and Lawrence Taylor turned in mediocre performances. Gymnast Shawn Johnson managed a 26 for her waltz.

Last week, two stars were sent home, but only one dancer will get the boot tonight. Tune in to the "Dancing with the Stars Results Show" to see who will take their final bow... or curtsy.

Who do YOU think will win? Share your opinion in the Fans of "DWTS" Season 8 group in our community.