As NFL hunk Tom Brady and supermodel wife Gisele Bündchen celebrated their second wedding in a Costa Rican ceremony, two shutterbugs who attempted to snap pix of the ceremony were allegedly shot at! 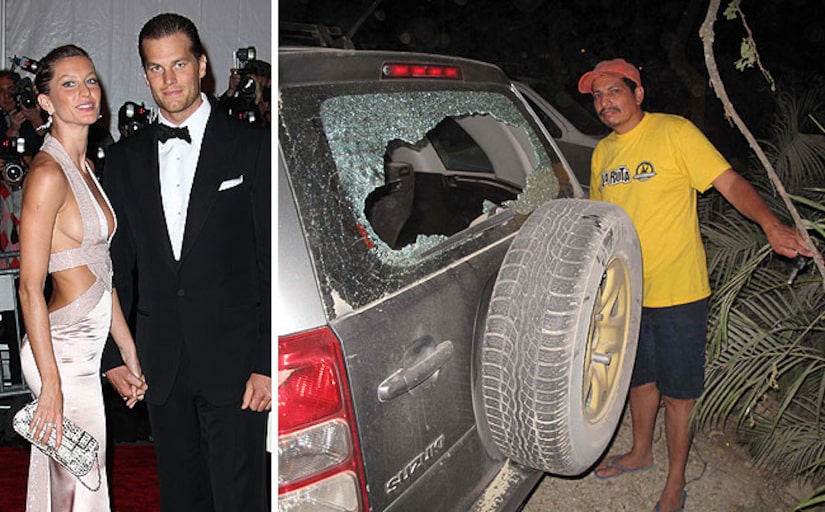 Yuri Cortez and Rolando Aviles claim that they "narrowly escaped death" after refusing to turn over pictures of the superstar couple that they had snapped prior to the celebration. The men bolted with their cameras -- leading bodyguards at the event to open fire. The bullets missed the men, but shattered the rear windshield of their car.

"Are they insane?" Yuri told INF Photo, the agency he was shooting for. "I could have lost my life for the sake of some pictures that Gisele didn't want published. I couldn't believe it when I realized what they had done." The men were reportedly ordered to turn over their film because Bundchen had promised a Brazilian magazine the exclusive rights to her wedding photos.

It is unclear whether or not the newlyweds and their guests were aware of the incident. A spokesman for the Patriots had no comment for AP on the matter.