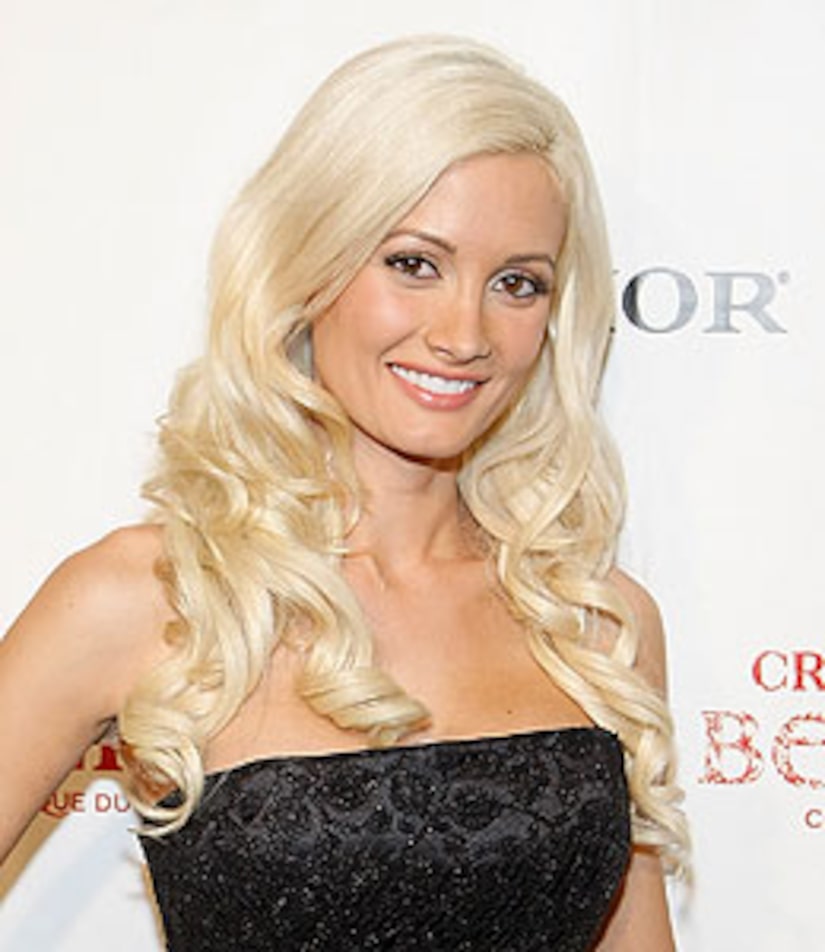 The ex-couple made nice as Holly -- along with Hef's three new girlfriends -- celebrated the magazine mogul's birthday. "I'm going to try not to get emotional," Holly tells "Extra" of her reunion.

Holly was voted off "Dancing with the Stars" last week, but the pin-up dished to "Extra" on who she thinks will win the mirror ball trophy! "Melissa should win," Holly said. "She's so sweet and talented."

Watch Melissa and the other finalists shake it when "Dancing" continues tonight on ABC.