"American Idol" alum Carrie Underwood took the wheel at the Academy of Country Music Awards, winning the coveted Top Entertainer award that hasn't been held by a woman since the Dixie Chicks won in 2000. 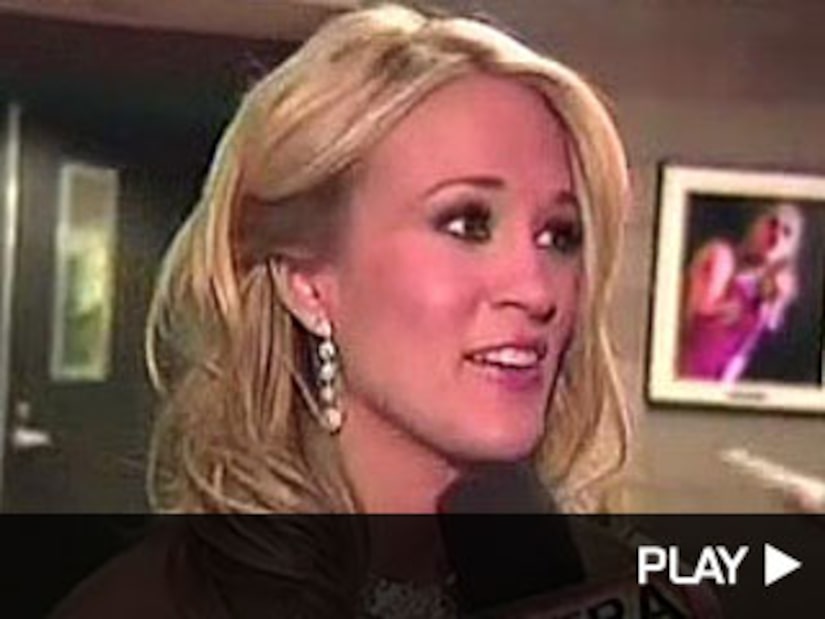 "I accepted that award on behalf of myself and my fans, but also on behalf of other women who came before me that kicked butt but never got the recognition they deserved," Carrie dished to AP. "I can't wait for the day, which I hope is in the very near future, where having females in the category is no big deal whatsoever."

The 26-year-old country cutie is one of only seven women who have nabbed the honor in the 39 years that the awards ceremony has recognized a top entertainer. Carrie broke Kenny Chesney's four-year winning streak -- and the country superstar gave Underwood a kiss as she walked onstage to accept the award. "He told me he was proud of me," Carrie said.

Taylor Swift didn't walk away empty-handed -- the 18-year-old sensation won Album of the Year for her second album, "Fearless." Swift excitedly told reporters backstage, "I labored over this album for two years. The fact that you can write songs in your bedroom about your feelings and boys and can win Album of the Year at the ACMs -- I just didn't think that was possible."

"Dancing with the Stars" professional Julianne Hough took home the Best New Artist award. For a full list of the winners, click here!