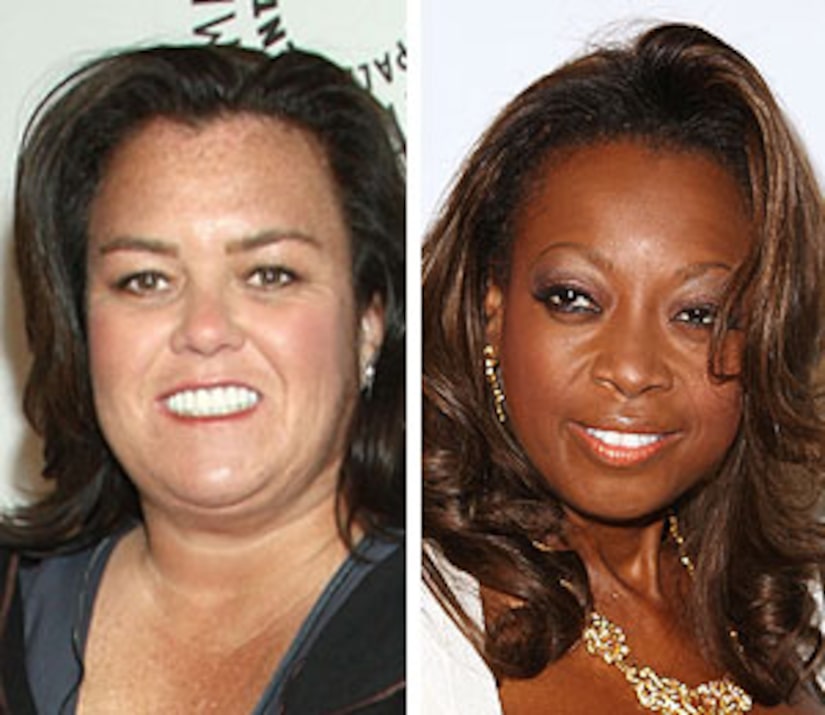 It was one of daytime TV's biggest feuds, but are Rosie O'Donnell and Star Jones making up?!

No feud here! Rosie tells "Extra, "It was never a personal thing with her." She continues, "We both were strong women... then I sort of watched her get swept away in the insanity of fame." O'Donnell admits, "We're actually having dinner next week."

O'Donnell reveals she changed her opinion about Jones, saying, "I thought it was amazing to see her the other day on 'Oprah.' To see her evolved into the woman that she is." Rosie continued, "I was really proud of her and happy for her." O'Donnell also reveals, "When she got divorced, I wrote her an email."

Now the former "View" co-hosts will also be having lunch together for charity. They are currently auctioning off the lunch date to benefit the Figure Skating in Harlem program.

The 47-year-old Rosie confesses she was touched by Star's honesty, saying, "I know many people who had that surgery [gastric bypass] and nearly all of them had gained weight back. So she should feel very proud of herself. She did a drastic thing to save her health and her life and then to be able to follow through. Many, many people don't have what it takes to do that. She seems to have gotten her act together and I'm happy for her."

Although O'Donnell once said Jones was "delusional" when Star said she lost weight the old fashioned way, Rosie now supports the way she handled the situation. "Everyone gets there in their own time. It's sort of like people saying, 'Gay people should come out more'... Why didn't she talk about it? She wasn't ready to talk about it. But it was just hard to pretend as though we ["The View" co-hosts] believed."