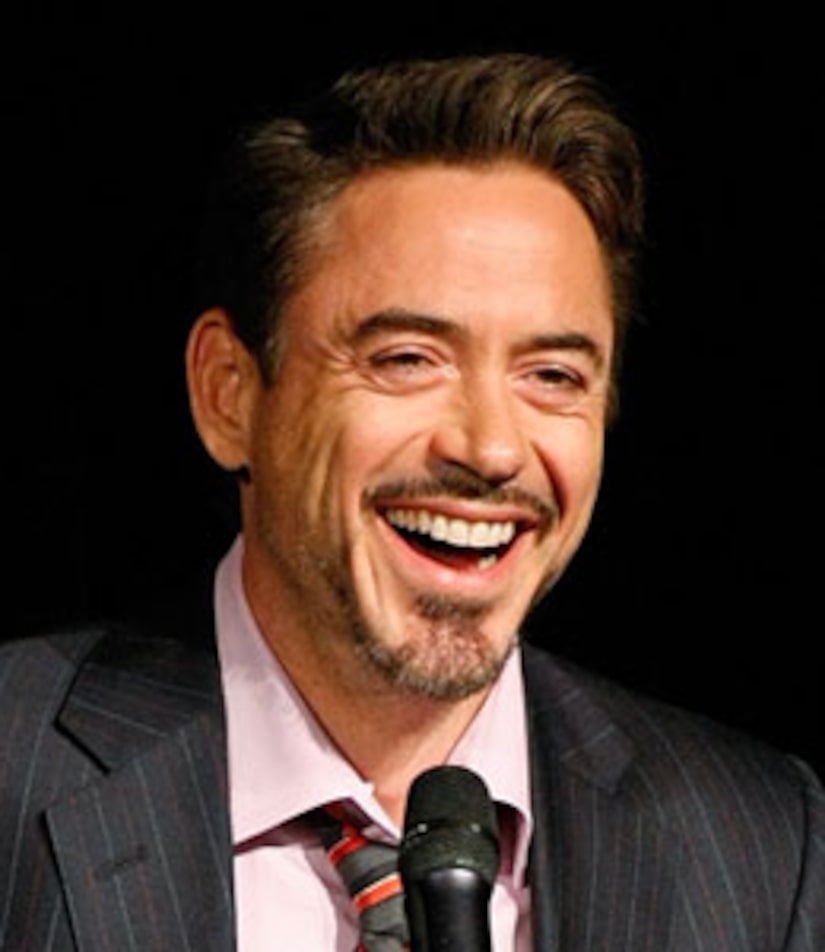 Robert Downey, Jr. sat down with Mario Lopez to talk about everything from superheroes to his upcoming "Sherlock Holmes" flick. The Oscar-nominated star also reveals Mickey Rourke and Scarlett Johannson are officially cast in the "Iron Man" sequel!

Downey is also busy working on the new "Sherlock Holmes" adaptation from Guy Ritchie. He admits there's a kinky scene with the legendary sleuth... naked and handcuffed in bed! Robert confesses, "Our version of 'Sherlock Holmes' goes back to the book where he was basically the first western martial artist. They don't talk about that part in the books very often because they never had the budget to put it onscreen. We had the budget to put it on screen."

The megastar, who turns 43 on Saturday, hopes Gywneth Paltrow's rockstar hubby will be aboard for "Holmes'" soundtrack. Downey says, "We are hoping Chris Martin of Coldplay will contribute to our score. He's a huge Sherlock Holmes fan." He continued, "He told me you need to be really skinny which is always the last thing you want to hear." The toned actor jokes, "I would probably be Jabba the Hut's brother if I wasn't required to stay in shape for these films."

Tune in to our Extra Raw Channel to see Mario's full interview with Robert!