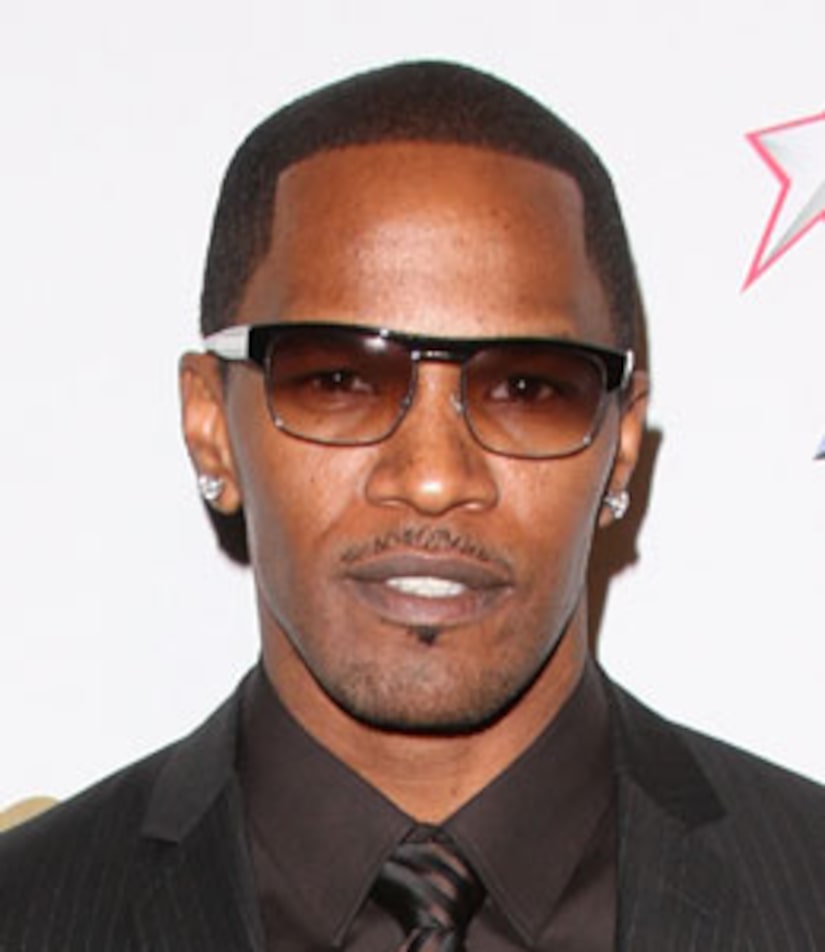 A man has been arrested in Philadelphia for allegedly stalking Jamie Foxx, who had to fight off the man as he tried to enter Foxx's hotel room!

While the Oscar winner was in Philadelphia shooting the crime drama "Law Abiding Citizen," Steven Toliver reportedly attempted to enter Foxx's room at the AKA Hotel on three separate occasions last month. On one a occasion, Foxx was in the room and physically pushed Toliver out. The 49-year-old intruder allegedly claimed to be Beyoncé's producer. Foxx was not injured in the scuffle.

Security guards recognized the same man several days later near where the movie was being filmed, where he was taken into police custody.

Foxx tells "Extra, "I can't really speak on it. There was a little drama but they fixed it and worked it out. Thanks to the Philadelphia Police Department. We're good."

Toliver is facing numerous charges, including stalking and burglary. He apparently has a lengthy arrest record.