It's the Obamas' British invasion! Michelle and Barack Obama are drawing comparisons to the Kennedys European tour in 1961. Mrs. Obama's every fashion choice is front and center, and each appearance sets a new trend! 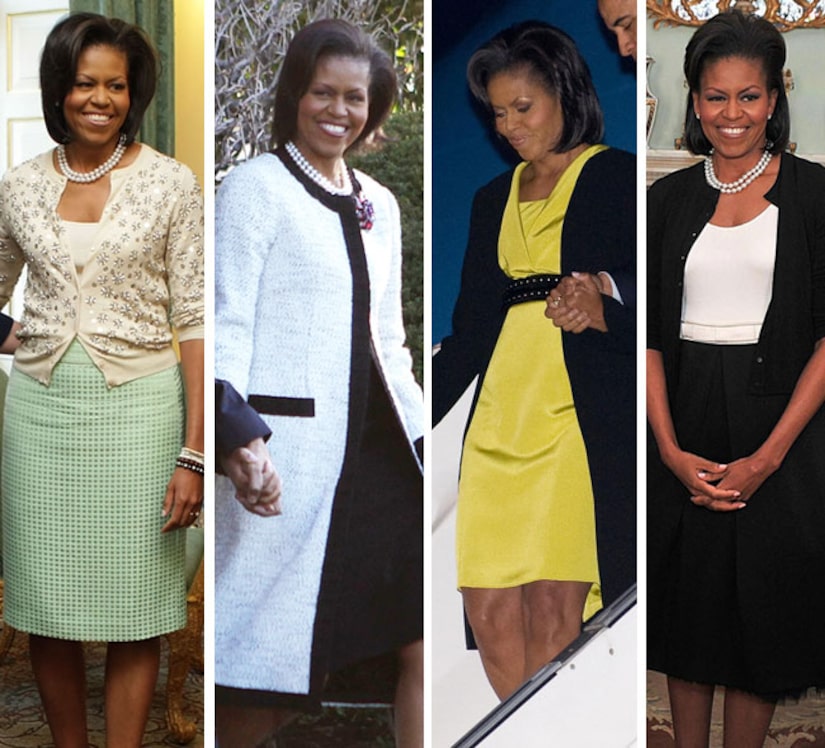 White House Social Secretary Desiree Rogers tells "Extra," "I think she's inspired by some of the younger designers and what they're doing" She continues, "She really does pick what she likes."

The First Lady wore a sparkling cream cardigan and sea foam green pencil skirt (both from J.Crew) to meet with the Prime Minister's wife, Sarah Brown. The Los Angeles Times reports the cardigan is already sold out! The First Lady was also spotted wearing a custom ivory tweed Thakoon coat and Jimmy Choo's while making her way from the White House to Air Force One. Then the fashionista donned a black coat and chartreuse sheath from Inauguration ball gown designer Jason Wu for her UK arrival.

"Extra" wants to know -- Which of the First Lady's looks do you like best?