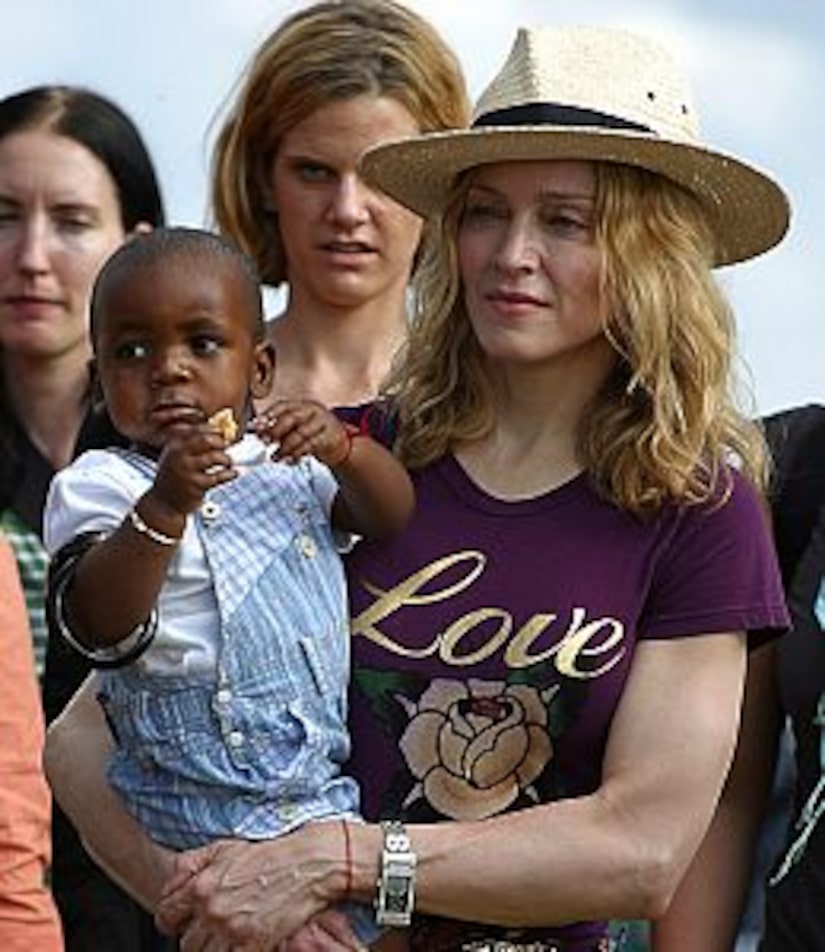 A British children's charity does not want Madonna to adopt another child from Malawi. "Please think twice," Save the Children UK spokesperson Dominic Nutt tells the AP.

The charity believes many international adoptions are unnecessary and often flawed. Nutt says, "I would not want to, for one second, suggest that Madonna hasn't done anything by the book." He continued, "But sometimes the book can fail."

Nutt says children should be kept in the care of their extended families or within their communities, with the exclusion of exceptional circumstances.

A person involved in the Malawian adoption proceedings tells the AP Madonna plans to adopt a 4-year-old girl. Fresh off her divorce from Guy Ritchie, Madonna has reportedly filed adoption papers. It was also reported the 50-year-old will be in Malawi this weekend.