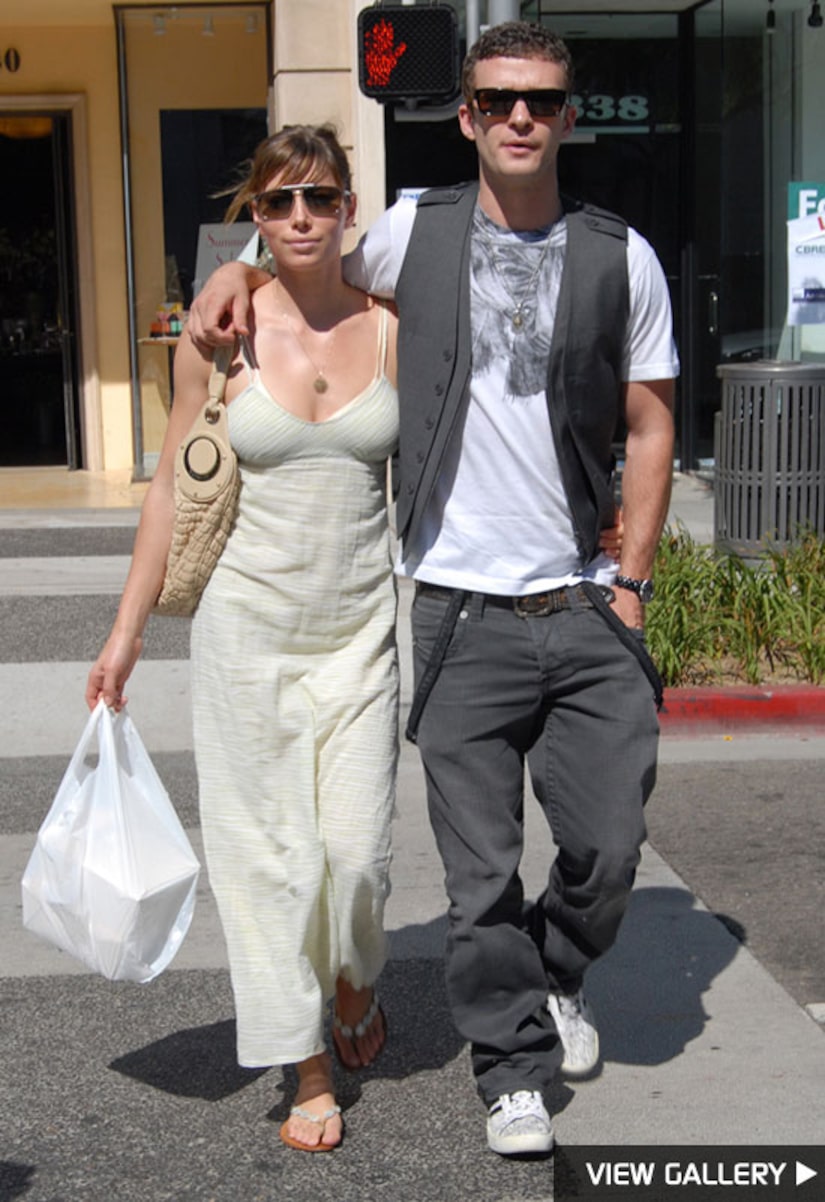 Throughout the show it was clear Justin didn't want his relationship with Jess to be the only topic of discussion, but panelist/soap star Mark Consuelos had to ask, "Do you see Jessica wearing this type of stuff?" Timberlake immediately answered, "Oh yeah."

Mark followed up, "That was the inspiration for this look?" The 28-year-old crooner gave in, and answered, "Absolutely." He continued, "She's a... obviously... huge muse for me -- and with the designers too." Aww!