Robert Michael O'Ryan pleaded not guilty this afternoon to stalking "Dancing with the Stars" contestant and Olympic gymnast Shawn Johnson. 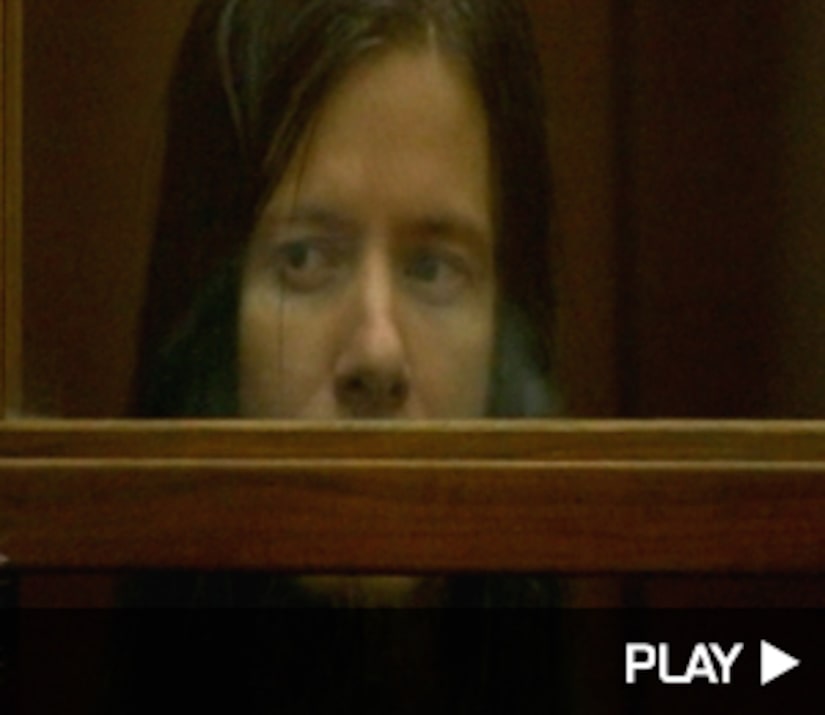 O'Ryan was arrested Tuesday at CBS studios, where authorities say they found loaded guns, duct tape and love letters in a car he drove from Florida to meet Johnson.

The 34-year-old was charged with one felony count of stalking and two misdemeanor counts of carrying a loaded gun in a vehicle. O'Ryan wore a red shirt and khaki pants with a scraggly beard and long brown hair down to his waist. During his arraignment in Los Angeles Superior Court, he attempted to hide behind his attorney, Public Defender Dwight Corum.

After the arraignment, Johnson's attorney told press, "Shawn is 17, but she is mature and is feeling very comfortable and confident because she feels that everyone has handled this matter quickly and efficiently across the board."

A restraining order was issued Wednesday by request of Johnson's parents. It said she was "in fear of her life." Johnson's mother, Teri, says she was informed by police that O'Ryan believed he was meant to have a child with her daughter.

Miss Johnson is scheduled to continue competing on "Dancing with the Stars."