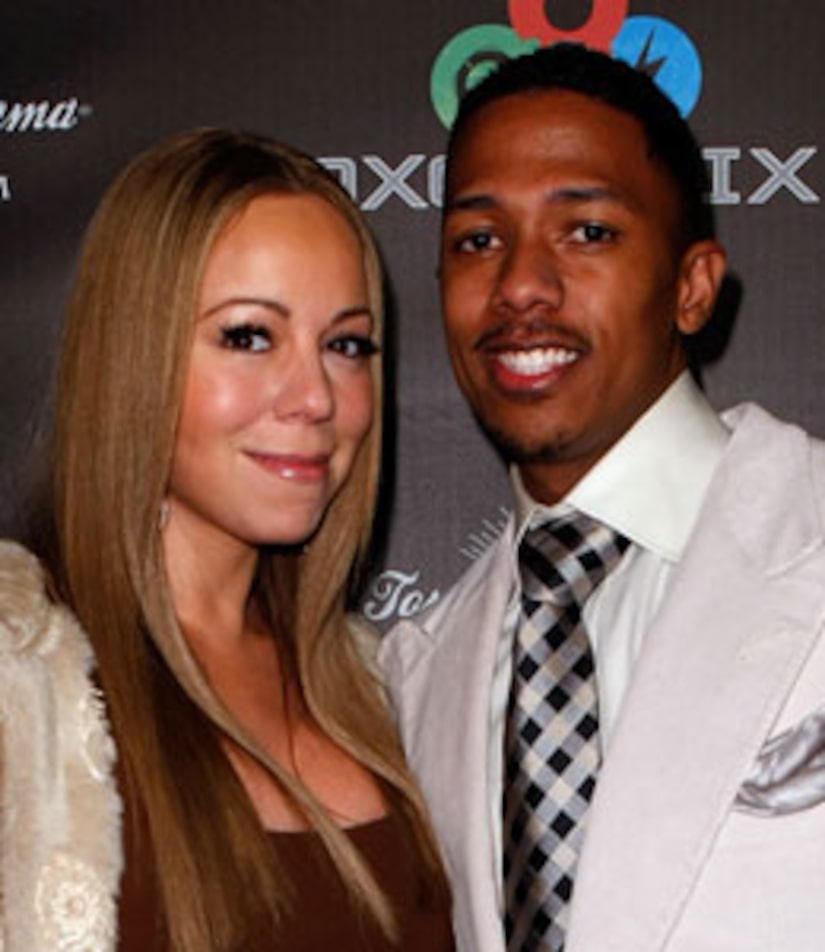 Last month, Mariah Carey and Nick Cannon were photographed leaving a fertility clinic in Beverly Hills, so is the couple expecting?! Cannon says this rumor as false! He tells "Extra's" Mario Lopez, "We were walking out of the office where Will Smith's office is." Nick was surprised when the media reported the couple leaving a clinic and he joked, "Unless Will Smith is delivering babies on the low..."

The new host of "America's Got Talent" says babies are on the way... eventually. Nick confesses, "I think what it is, the public really wants us to have kids. We're going to do it and when we do it we're going to let you all know. But right now, we're trying to enjoy the newlywed aspect."

Mariah and Nick are ready to celebrate their one-year wedding anniversary in May. Cannon says, "First year of marriage was amazing. I'm looking forward to the second year. It's one of those things, it went by so fast... We're proving people wrong! They said we wouldn't make it. We're making it!"

Cannon admits that he knew Carey was "the one" before they even met! He says, "I say I spoke my marriage to my wife into existence. I was the biggest Mariah Carey fan ever. Every time I'd do interviews and they'd ask, 'Who is your celebrity crush?' I was like, 'Mariah Carey! I've gotta meet Mariah Carey!'"

Cannon might be a big fan of his wifey's hits, but he doesn't plan on a musical collaboration. Nick declares, "I am not worthy of being on a Mariah Carey record. Please, we're going to try to keep her career soaring." He coninues, "I can't even step into the studio with that woman. She is incredible."