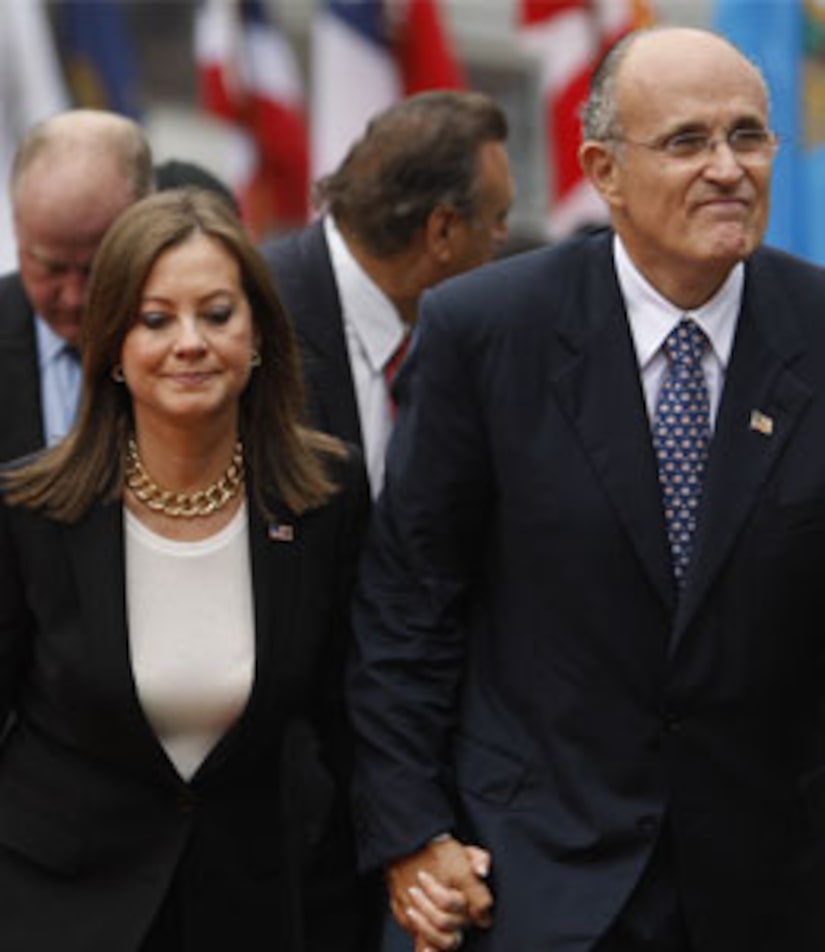 Uh oh! It looks like former NYC Mayor and onetime presidential hopeful Rudy Giuliani and third wife Judith Nathan are on the rocks!

The two have made several separate public appearances -- and rumors are starting to swirl!

Rudy's not talking, but a source close to Giuliani told Gawker.com that everything with the mister and missus is a-okay!

Rudy and Judy tied the knot in May 2003, after his very highly publicized split with former TV anchor Donna Hanover.