Liam Neeson and his two sons, Michael and Daniel, said goodbye to beloved wife and mother Natasha Richardson on Sunday. The actress was buried near her family's home in Millbrook, New York. 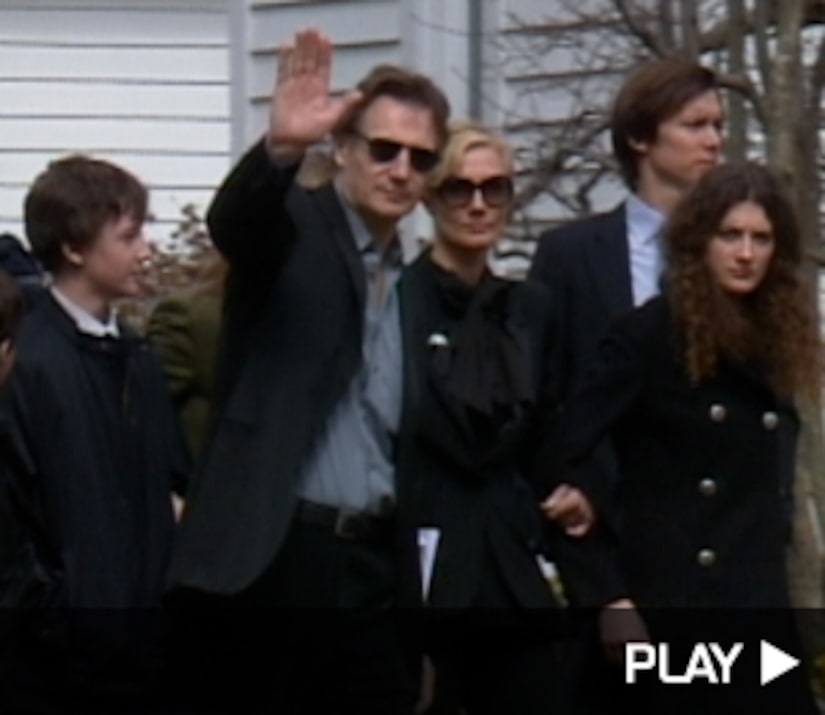 Before entering the church for the memorial, both Liam and Vanessa waved to the media, before Neeson assumed his position as one of his wife's pallbearers, and entered the church. The funeral took place at St. Peter's Episcopal Church, and Natasha was buried in the adjoining cemetery.